Susceptibility to Autism May Be Detectable by Fetal MRI 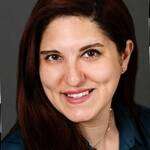 MedicalResearch.com Interview with: Alpen ORTUĞ, PhD Postdoctoral Research Fellow​ Massachusetts General Hospital Department of Radiology Martinos Center for Biomedical Imaging Boston, MA   MedicalResearch.com:  What is the background for this study?  What are the main findings? Response: Finding the earliest diagnosis possible for autism spectrum disorder (ASD) is one of the main goals for researchers studying ASD. This study aimed to investigate the critical abnormalities in prenatal brain development in ASD using structural magnetic resonance imaging (MRI). We hypothesized that volumetric analyses of brain segmentations are useful to identify such abnormalities before birth. We have retrospectively analyzed fetal MRI based on the knowledge that the same individuals were later diagnosed with autism spectrum disorder. We have evaluated developmental abnormalities in brain structures of prospective ASD fetuses using volumetric segmentation. The current study is still preliminary, but the ‘insula’ of the brain showed statistically significant volumetric enlargement in prospective ASD patients, compared to the other three control groups.  END_OF_DOCUMENT_TOKEN_TO_BE_REPLACED
Continue Reading
Author Interviews, Autism, Cannabis, JAMA, Pediatrics / 28.05.2021

Autism Spectrum Disorder: Incidence of Diagnosis in Japan One of Highest in World

MedicalResearch.com Interview with: Daimei Sasayama, M.D., Ph.D. Department of Psychiatry Shinshu University MedicalResearch.com: What is the background for this study? Response: The diagnosis of autism spectrum disorder (ASD) is increasing worldwide. A 2016 US survey reported a prevalence of 1.85% in 8-year-olds, and a birth cohort study in Denmark reported that the future cumulative incidence of ASD could exceed 2.8%. Our recent regional cohort study in Japan reported an even higher cumulative incidence of 3.1%. So we examined whether the cumulative incidence in our regional cohort represents the nationwide incidence in Japan.  END_OF_DOCUMENT_TOKEN_TO_BE_REPLACED
Continue Reading
This website uses cookies to improve your experience. We'll assume you're ok with this, but you can opt-out if you wish.AcceptReject Read More
Privacy & Cookies Policy