MedicalResearch.com Interview with: Lee Warner, PhD Chief of the Women’s Health and Fertility Branch Division of Reproductive Health CDC MedicalResearch.com: What is the background for this study? Response: Previous research has found lower prevalence of condom use combined with the most effective reversible contraceptive methods among teens, but this is the first study to our knowledge to confirm the finding among sexually active teen mothers in the postpartum period. Our new paper finds that only 3 in 10 postpartum teen mothers report using condoms combined with a more effective contraceptive method (either long-acting reversible contraception or LARC or a non-LARC hormonal method). Dual use was 50 percent lower among LARC users compared with users of non-LARC hormonal methods. END_OF_DOCUMENT_TOKEN_TO_BE_REPLACED
Continue Reading
Author Interviews, OBGYNE, Sexual Health, Social Issues / 08.02.2018 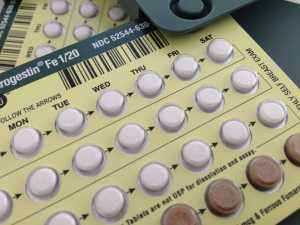 Marie Harvey, DrPH MPH Lisa P. Oakley, PhD MPH College of Public Health and Human Sciences Oregon State University MedicalResearch.com: What is the background for this study? What are the main findings? Response: Because decisions about contraceptives are often made by young adults in the context of their relationships and specific partners, the characteristics of that relationship and feelings about that partner will likely influence how those decisions are made. Many studies have previously investigated individual factors that affect contraceptive choice and when examining partner influences have used questions that were not specific to a particular partner. Intuition, however, suggests that feelings for a specific partner would likely influence one’s perception of risk for disease acquisition, and thereby, their contraceptive choice. So, it was important to us to look at the influences of each specific partner and how the unique dynamics of each partnership influence contraceptive use. In this study, we investigated how relationship qualities and dynamics (such as commitment and sexual decision-making) impact contraceptive choice above and beyond individual factors. We also used partner-specific questions. We found that both individual and partner-specific relationship qualities and dynamics predicted contraceptive use, but these factors varied by contraceptive method. For example, young adults who reported greater exclusivity with a specific partner and more relationship commitment were less likely to use only condoms with that partner. Additionally, individuals who felt they played a strong role in making sexual decisions in their relationship were also more likely to only use condoms. END_OF_DOCUMENT_TOKEN_TO_BE_REPLACED
Continue Reading
Author Interviews, OBGYNE, PLoS / 25.01.2015

MedicalResearch.com Interview with: Charles Morrison PhD FHI 360 Clinical Sciences Durham, North Carolina MedicalResearch: What is the background for this study? What are the main findings? Dr. Morrison: The possible connection between hormonal contraception and HIV acquisition has been an open question for 25 years. Some studies have suggested that there is an increased risk associated with hormonal contraception, particularly with the 3-month injectable contraceptive called depot-medroxyprogesterone acetate (DMPA). Other studies have found that no such risk exists. The World Health Organization (WHO) has held several technical consultations on this subject. WHO’s current guidelines state that “because of the inconclusive nature of the body of evidence on the possible increased risk of HIV acquisition, women using progestogen-only injectable contraception should be strongly advised to also always use condoms, male or female, and other HIV preventive measures.” Two meta-analyses focusing on hormonal contraception and HIV acquisition have recently been published. One of them, FHI 360’s collaborative study, is an individual participant data meta-analysis. It found that users of injectable DMPA were 50 percent more likely to become infected with HIV than women not using hormonal contraceptives. For women using a different injectable progestin, norethisterone enanthate (NET-EN), or combined oral contraceptives (COC), the study investigators did not find a significantly increased risk of acquiring HIV compared to those who were not using hormonal contraceptives. Furthermore, DMPA users were 43 percent and 32 percent more likely to become infected with HIV compared to oral contraceptives users and NET-EN users, respectively. It is important to point out a key secondary finding. The associations between hormonal contraception and risk of becoming infected with HIV were attenuated in studies that had a lower risk of methodological bias compared to those with higher risk of bias. This suggests that some of the risk found to be associated with hormonal contraception in fact may be attributed to inherent flaws in the nonrandomized studies themselves. END_OF_DOCUMENT_TOKEN_TO_BE_REPLACED
Continue Reading