Possible Breakthrough Study in Down Syndrome

Henry Mahncke, PhD
Chief Executive Officer BrainHQ
Dr. Mahncke earned his PhD at UCSF in the lab where lifelong brain plasticity was discovered. At the request of his academic mentor, he currently leads a global team of more than 400 brain scientists engaged in designing, testing, refining, and validating the computerized brain exercises found in the BrainHQ app from Posit Science, where he serves as CEO.
MedicalResearch.com Tell us what’s important about this new study in people with Down Syndrome? Response: Often, we believe that genetic conditions are predetermined and completely inalterable, but this new study underscores that, when it comes to the brain, positive change is almost always possible – regardless of age or health condition. That’s consistent with the science of brain plasticity, and it’s a very different and hopeful way to think about the potential of people with Down Syndrome – and people, generally.   MedicalResearch.com: Can you briefly describe Down Syndrome and findings in this study? Response: Down Syndrome is one of the most common genetic abnormalities in humans, found in about 1 in 1,000 births each year, and caused by the presence of all or part of a third copy . of chromosome 21.It’s usually associated with physical growth delays and characteristic facial features. While cognitive abilities vary enormously, one study estimates the average IQ of a young adults is about 50 (comparable to average 8 or 9 year olds). In a pilot study among 12 people with Down Syndrome involving physical, cognitive and EEG measurements, researchers at Aristotle University of Thessaloniki, Greece, found a 10-week combined protocol of physical exercises and computerized brain training led to a reorganization of the brain and to improved performance on both cognitive and physical measures. The physical training consisted of aerobic, flexibility, strength, and balance exercises. The cognitive training used in the study was the Greek version of the commercially-available BrainHQ brain app, consisting of 29 visual and auditory exercises targeting memory, attention, processing speed, problem-solving, navigation, and social skills. The researchers had hypothesized that the training would trigger the brain’s neuroplasticity – its ability to change chemically, structurally and functionally. Their results showed increased connectivity within the left hemisphere and from left to right hemisphere, as well as improved performance on physical and cognitive assessments.   END_OF_DOCUMENT_TOKEN_TO_BE_REPLACED
Continue Reading
Author Interviews, JAMA, OBGYNE, Pediatrics / 31.03.2019

MedicalResearch.com Interview with: Valerie Seror, PhD French Institute of Health and Medical Research Inserm MedicalResearch.com: What is the background for this study? Response: In the highly sensitive context of prenatal diagnosis where autonomous and informed decision-making is of crucial issue, the present study is a companion study to a prospective clinical trial [ClinicalTrials.gov Identifier: NCT02127515] aiming at comparing clinical benefits involved by invasive vs. non-invasive testing in women at high risk of Down syndrome following routine combined screening. Our study (involving 2,436 consecutive high-risk pregnant women following combined screening for Down syndrome) confirmed that attitudes towards invasive testing are notably guided by risk aversion to invasive testing-related fetal loss whereas it showed that attitudes towards non-invasive testing are notably guided by aversion to the ambiguity generated by results restricted to the only targeted abnormalities. END_OF_DOCUMENT_TOKEN_TO_BE_REPLACED
Continue Reading
Author Interviews, Genetic Research, OBGYNE / 18.02.2019

MedicalResearch.com Interview with: Zhiyong Zhang PhD Key Laboratory for the Physics and Chemistry of Nanodevices Department of Electronics Peking University Beijing China MedicalResearch.com: What is the background for this study? What are the main findings? Response: Down syndrome is caused by the presence of an extra 21st chromosome within the genome and is the most common birth defect (occurring in approximately 1 in 800 births). In the absence of a multiplexed quantitative diagnostic device, pregnant women have been examined with the ultrasound and the indirect biochemical markers (Alpha-fetoprotein, chorionic gonadotropin and free estriol) which are accompanied with a high misdiagnosis rate. And the diagnostic test (such as amniocentesis) following the wrong screening test results will bring harm to both the pregnant women and the fetuses. Through PCR (polymerization chain reaction) amplification of the fetal DNA in the pregnant mother’s peripheral blood and fluorescence read-out, whole-genome sequencing (WGS)-based non-invasive prenatal testing (NIPT) sequences all the genomic DNA segments in parallel and quantitatively compares the percentage of different chromosomes, which increases the sensitivity for prenatal detection of Down syndrome. However, the complex instrumental setups and the resulted high processing cost present challenges for the large-scale application of WGS-based diagnosis at the point of care in the urban and rural areas of developing countries. Hence, beside the costly WGS method, there is an urgent need to develop a cost-effective NIPT biochip with simple instrumental setting, fast detection speed, high sensitivity, and programmable to multiple disease markers. Taking advantages of we have developed a novel field effect transistor (FET) based biosensor that reveals a fast, ultra-sensitive, highly specific and cost-effective methods and someday can be used to detect fetal Down syndrome in NIPT.  END_OF_DOCUMENT_TOKEN_TO_BE_REPLACED
Continue Reading
Alzheimer's - Dementia, Author Interviews, JAMA / 19.11.2018 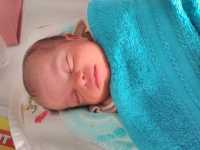 Rosalyn Hithersay LonDowns Kings College, London  MedicalResearch.com: What is the background for this study? What are the main findings? Response: In our research group, we have been following a large group of adults with Down syndrome in the UK to track changes with ageing in their health and cognitive function. It has been known for some time now that people with Down syndrome are at high risk for developing dementia due to Alzheimer’s disease. This new study has shown the huge impact that this risk has on mortality for these adults. We found that dementia is now the likely underlying cause of death in more than 70% of adults with Down syndrome aged over 35 years. This is a much bigger proportion of deaths due to Alzheimer’s disease compared to the general population: in England and Wales only 17.5% of deaths past the age of 65 would be related to dementia of any kind.  END_OF_DOCUMENT_TOKEN_TO_BE_REPLACED
Continue Reading