Flushing May Not Get the Lead Out of Water Lines 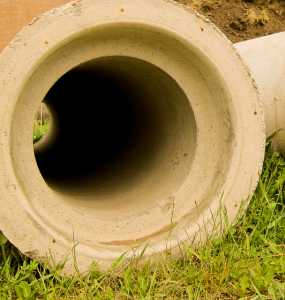 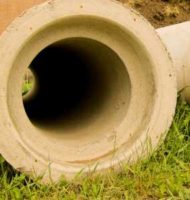 Adrienne Katner, DEnv Assistant Research Professor of Environmental & Occupational Health Sciences LSU Health New Orleans School of Public Health MedicalResearch.com: What is the background for this study? Response: Ever since Flint, there's been a lot of interest by the public in how to reduce exposures to lead in water. Several news articles suggested that many consumers and school officials have been considering flushing as a routine exposure prevention measure. But before Flint, we had a much worse lead in water crisis which didn't get as much public attention- an event which happened in Washington DC between 2001 and 2004. That event demonstrated that flushing for only 15–30 seconds would expose people to lead in cities which had lead service lines- these are water pipes which bring water from the main in the street to the home. A decade of follow up research confirmed that flushing protocols are highly dependent on variables that are difficult or impossible to control, including the length, material, condition and disturbance of water service lines, and water use patterns. However, this knowledge has not translated into widespread changes in public health messaging. In fact, the EPA still requires water utilities to promote flushing as an exposure prevention measure. The original required messaging was to run the water for 15–30 seconds. EPA eventually recognized the need for longer flush times in homes with lead service lines, and they revised the regulations to allow utilities to modify flush times, but many water utilities continued to rely on the same messaging year after year. We thought it was about time to test the recommendations in one of these cities- New Orleans, LA.  Best estimates from the mid-1990s suggested that lead service lines may comprise 65–80% of the city’s service line system. The city’s water utility encouraged residents to flush their taps for 30 sec to 2 min daily under normal use conditions. New Orleans is unique in that extensive hurricane damage to water infrastructure has necessitated a historically unprecedented scale of infrastructure replacement.  While over ten years have passed since Hurricane Katrina, the rebuilding process is ongoing—city and utility officials are in the process of conducting 16,000 partial lead service lines replacements- activities which are well known to destabilize scale that has been intentionally built up in the pipes over time to reduce lead from leaching into the water. We had previously observed high water lead levels in homes after line replacements- along the order of 200 ppb. To put that into perspective, the EPA's water standard for lead is 15 ppb. But even in undisturbed normal use homes we observed lead levels as high as 58 ppb. To evaluate whether flushing could effectively reduce water lead levels, we collected over 1400 water samples from 376 residential sites. Samples were collected at first draw, and after incremental flushes of 30–45 s; 2.5–3 min; and 5.5–6 min. We also collected survey data to better understand water use habits, homes treatment systems, and flushing practices. END_OF_DOCUMENT_TOKEN_TO_BE_REPLACED
Continue Reading
Author Interviews, Endocrinology, Environmental Risks, Pediatrics, Thyroid Disease, Toxin Research / 27.02.2017

MedicalResearch.com Interview with: Jana Weiss PhD Department of Environmental Science and Analytical Chemistry Stockholm University MedicalResearch.com: What is the background for this study? What are the main findings? Response: In an earlier publication, we could see an association between elevated concentrations of brominated flame retardants (BFR) in the blood of cats with developed Feline hyperthyroidism, compared to healthy cats (Norrgran et al 2015, ES&T 49:5107-5014). To establish the exposure pathway we now took paired samples from healthy cats and dust from their households. We also analysed the cats food to include another major exposure pathway. In total 17 families participated. They lived in houses in the countryside or in apartments in the city. All families had kids under 12 years of age living at home, thus representing a household with typical child products. The dust was sampled from the living room, the child’s room and from the adult’s bedrooms. We could not see any difference in the composition of compounds between the rooms, but we saw that levels were in general higher in the living room compared to the other two rooms. This was expected as many products being treated with BFRs can be found in the living room. We could see that higher levels of some  brominated flame retardants in the dust were correlated to elevated levels in the cat’s blood. Therefore, this hypothesized exposure pathways is now statistically established. We could also confirm cat food to be the major exposure pathway for naturally brominated compounds coming from the marine food web, such as6-OH-BDE47, a known thyroid hormone disruptor. END_OF_DOCUMENT_TOKEN_TO_BE_REPLACED
Continue Reading
Alzheimer's - Dementia, Author Interviews, Cognitive Issues, Environmental Risks, Lancet / 05.01.2017

MedicalResearch.com Interview with: Hong Chen, PhD Scientist, Environmental Health Assessment Public Health Ontario | Santé publique Ontario Assistant Professor, Dalla Lana School of Public Health University of Toronto Adjunct Scientist, Institute for Clinical Evaluative Sciences Toronto, ON MedicalResearch.com: What is the background for this study? Response: Over the past several decades, there is unequivocal evidence that living close to major roadways may lead to various adverse health outcomes, such as cardio-respiratory related mortality and mortality. In the past decade, concern is growing that exposures associated with traffic such as air pollution and noise may also have an adverse impact on brain health. Several experimental studies show that air pollutants and diesel exhaust induce oxidative stress and neuroinflammation, activate microglia (which act as the first and main form of immune defense in the central nervous system), and stimulate neural antibodies. There are also a small number of epidemiological studies linking traffic-related noise and air pollution to cognitive decline and increased incidence of Parkinson’s disease and Alzheimer’s disease. Studies also showed that living near roads was associated with reduced white matter hyperintensity volume and cognition, but its effect on the incidence of dementia, Parkinson’s disease, and multiple sclerosis is unknown. Given hundreds of millions of people worldwide live close to major roads, we conducted this population-based cohort study to investigate the association between residential proximity to major roadways and the incidence of these three neurological diseases in Ontario, Canada. END_OF_DOCUMENT_TOKEN_TO_BE_REPLACED
Continue Reading
Author Interviews, Diabetes, Environmental Risks / 19.05.2016

MedicalResearch.com Interview with: Kathryn Reid PhD Research associate Professor of Neurology Northwestern University Feinberg School of Medicine.  MedicalResearch.com: What is the background for this study? What are the main findings? Dr. Reid: There is increasing evidence that light and dark exposure patterns over time impact health outcomes such as body weight and food intake. This study found that bright light exposure increased insulin resistance compared to dim light exposure in both the morning and the evening. In the evening, bright light also caused higher peak glucose (blood sugar) levels. END_OF_DOCUMENT_TOKEN_TO_BE_REPLACED
Continue Reading