MedicalResearch.com Interview with: Elena Ezhkova, PhD Professor, Department of Cell, Developmental, and Regenerative Biology Professsor, Dermatology Lab Head,The Black Family Stem Cell Institute Icahn School of Medicine at Mount Sinai New York Meng-Yen Li, PhD Postdoctoral Fellow The Black Family Stem Cell Institute MedicalResearch.com: What is the background for this study? Response: The epidermis is the primary barrier and the first line of defense to combat environmental stressors. The sun's ultraviolet (UV) is one of the main environmental stressors that our body is exposed to daily. UV produces DNA damage in epidermal cells and is a leading cause of skin cancers. To protect from the damaging effects of UV, epidermal cells become pigmented by melanocytes, pigment-producing cells. Taken up by epidermal cells, the melanin pigment absorbs UV light and reduces DNA damage. How the epidermis senses UV and how it leads to epidermal pigmentation is poorly understood. END_OF_DOCUMENT_TOKEN_TO_BE_REPLACED
Continue Reading
Author Interviews, Breast Cancer, Cancer Research, Genetic Research, Nature / 23.07.2018 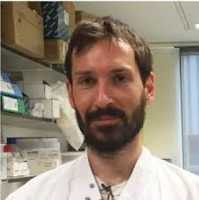 MedicalResearch.com Interview with: Luca Magnani, Ph.D CRUK Fellow/Senior Research Fellow Department of Surgery and Cancer Imperial Centre for Translational and Experimental Medicine Room 140 1st floor ICTEM building Imperial College Hammersmith London, UK MedicalResearch.com: What is the background for this study? Would you briefly explain what is meant by the Yin Yang1 molecule? Response: This study was designed to investigate the evidence of non-genetic mechanisms that could contribute to breast cancer biology. Specifically, we developed a map of regulatory regions from luminal breast cancer patients. Regulatory regions are pieces of DNA that are not transcribed into protein-coding genes but they provide information about where and how much each gene should be activated. It is worth highlighting that cancer is not only the consequence of gene mutations but also the result of the wrong genes expressed at the wrong time.  To catalogue regulatory regions we looked for specific modifications that are strongly associated with their activity (epigenetic modifications). Doing so we developed the first extensive catalogue  of non-coding DNA regions that might play an essential role in regulating how breast cancer cell behaves. Regulatory regions do their job by interacting with specific molecules called transcription factors. These molecules can read the information stored in these regulatory regions and contribute to regulate gene expression. Yin Yang 1 is one of such molecules and was previously thought as a ambiguous player capable of activating or repressing gene activity.   END_OF_DOCUMENT_TOKEN_TO_BE_REPLACED
Continue Reading
Alcohol, Author Interviews, Endocrinology, Genetic Research / 28.06.2018

Risky Drinking By Either Sex Can Affect Future Offspring

MedicalResearch.com Interview with: Toni Pak, Ph.D. Professor and Department Chair Department of Cell and Molecular Physiology Loyola University Chicago Maywood, Ill  MedicalResearch.com: What is the background for this study? Response: We have known for many years that drinking alcohol during pregnancy can lead to developmental delays and birth defects in offspring. However, our data demonstrate that drinking large quantities of alcohol in a “binge” fashion before pregnancy can also impact future offspring and importantly, this is true for drinking behaviors of both parents, not just the mother. Our previous data support the idea that alcohol is affecting the parental sperm and eggs to induce these modifications in the offspring, but this most recent work shows the extent of those effects on social behavior, pubertal maturation, and stress hormones as the offspring grow to adulthood. This means that the risky behaviors of young people, such as the extremely popular practice of binge drinking, have potentially far-reaching consequences for generations to come. END_OF_DOCUMENT_TOKEN_TO_BE_REPLACED
Continue Reading
Author Interviews, Genetic Research, Heart Disease, JAMA / 06.04.2018

MedicalResearch.com Interview with: Stella Aslibekyan, PhD Associate Professor PhD Program Director Department of Epidemiology University of Alabama at Birmingham MedicalResearch.com: What is the background for this study? What are the main findings? Response: When the human genome was sequenced in 2003, there were somewhat unrestrained expectations of unraveling all etiologic mysteries and discovering breakthrough treatments. Needless to say, that did not happen, in part because individual genetic variants can only account for a small fraction of trait variability. Since then, epigenetics-- the study of mitotically heritable changes in gene expression-- has emerged as another promising avenue for understanding disease risk. The best studied epigenetic process in humans is DNA methylation, and earlier studies (including some from our group) have shown interesting associations between changes in methylation in specific genomic regions and cardiovascular disease traits, e.g. plasma cholesterol levels. In this project, we have combined DNA methylation data on thousands of individuals from multiple international cohorts and interrogated epigenetic contributions to circulating tumor necrosis factor alpha (TNFa), a marker of systemic inflammation. We identified and replicated several epigenomic markers of TNFa, linked them to variation in gene expression, and showed that these methylation changes (which were located in interferon pathway genes) were predictive of coronary heart disease later in life. Interestingly, the variants we discovered were not sequence-dependent (in other words, they were not associated with any genetic mutations), highlighting the role of the environment. END_OF_DOCUMENT_TOKEN_TO_BE_REPLACED
Continue Reading
Author Interviews, Gastrointestinal Disease, Genetic Research, Hepatitis - Liver Disease, Weight Research / 15.10.2016

MedicalResearch.com Interview with: Annette Schürmann PhD Department of Experimental Diabetology German Institute of Human Nutrition Potsdam-Rehbruecke (DIfE) Nuthetal Germany German Center for Diabetes Research (DZD München-Neuherberg Germany MedicalResearch.com: What is the background for this study? Response: The aim of our study was to clarify why genetically identical mice respond very different to a high fat diet. Some of the mice react with an elevated body weight, others not. We analyzed the expression pattern of liver at two time points, at the age of 6 weeks, (the earlierst time point to distiguish between those that respond to the diet (responder mice) and those that did not (non-responders)), and at the age of 20 weeks. One transcript that was significantly reduced in the liver of responder mice at both time points was Igfbp2. The reason for the reduced expression was an elevated DNA-methylation at a position that is conserved in the mouse and human sequence. The elevated DNA-methylation of this specifc site in human was recently described to associate with elevated fat storage (hepatosteatosis) and NASH. However, as 6 weeks old mice did not show differences in liver fat content between responder and non-responder mice we conclude that the alteration of Igfbp2 expression and DNA metyhlation occurs before the development of fatty liver. Our data furthermore showed that the epigenetic inhibition of Igfbp2 expression was associated with elevated blood glucose and insulin resistance but not with fatty liver. END_OF_DOCUMENT_TOKEN_TO_BE_REPLACED
Continue Reading
Author Interviews, Genetic Research, McGill, Nature / 12.03.2015

MedicalResearch.com Interview with: Prof. Moshe Szyf Ph.D. James McGill Professor of Pharmacology and Therapeutics McGill University Medical Research: What is the background for this study? What are the main findings? Dr. Szyf: Humans exhibit a marked variation in traits both physical and behavioral and different susceptibilities  for developing disease. What causes this inter-individual variation? The prevailing dogma has been that changes in the sequences of genes or heritable genetic differences are responsible for these  differences. We tested here an alternative hypothesis that perhaps some of the reason for this natural variation in traits is not caused by differences in inherited genes but by “epigenetic” changes that alter the way genes work without changing the genes.  The main difference between genetic and epigenetic changes is that epigenetic changes could be introduced by experience and exposure to environment. The experiences that can cause epigenetic changes include physical as well as social environments. Although we had known that epigenetic differences occur in humans and animals we didn’t have evidence that these changes are behind the natural variation in traits that is observed in humans and animals. Ants are an exciting biological paradigm that exhibits quantitative variations in size and therefore provided a unique opportunity to test this hypothesis. END_OF_DOCUMENT_TOKEN_TO_BE_REPLACED
Continue Reading
Author Interviews, Genetic Research / 10.10.2013

MedicalResearch.com Interview with: Erica D. Watson, PhD Lecturer in Reproductive Biology Centre for Trophoblast Research Dept Physiology, Development and Neuroscience University of Cambridge, United Kingdom MedicalResearch.com:  What are the main findings of the study? Dr. Watson: It has been known for decades that maternal folate deficiency increases the risk for a diverse range of health problems in her children, such as spina bifida, heart defects and growth restriction. Despite this, the molecular mechanism of folate during development was not well understood. Our study is important because it shows that the inability to break down folate due to a mutation in the gene Mtrr can affect the health not only in the immediate offspring but also of the next generation. We used mice for the study as they metabolize folate similarly to humans and because folic acid deficiency or mutations in the genes required to break down folate in humans result in similar developmental abnormalities and diseases in mice. This enabled us to explore how the molecular mechanism of folate deficiency impacted development, thereby causing health problems. END_OF_DOCUMENT_TOKEN_TO_BE_REPLACED
Continue Reading
Author Interviews, Biomarkers, Cancer Research / 03.10.2013

MedicalResearch.com Interview with: Dr. Muy-Teck Teh BSc, PhD Centre for Clinical and Diagnostic Oral Sciences, Institute of Dentistry Barts & The London School of Medicine and Dentistry Queen Mary University of London, England, United Kingdom MedicalResearch.com: What are the main findings of the study? Answer: We found unique DNA markings (epigenetic methylation) on certain genes that may “predict” the risk of developing head and neck cancer. We identified certain DNA methylation marks unique to cancer cells and not found in normal healthy cells. DNA methylation marks act as ‘switches’ that regulate the ‘on or off’ statuses of genes. Abnormal DNA methylation is known to precede cancer initiation. Hence, the presence of these abnormal DNA methylation marks in cells may be tell-tale signs of early cancer initiation. The chemically distinctive properties of methylated DNA provide ample opportunities for clinical exploitation as nucleic acid-based biomarkers potentially detectable in non-invasive samples such as blood, buccal scrapes, or even saliva. END_OF_DOCUMENT_TOKEN_TO_BE_REPLACED
Continue Reading