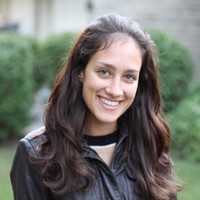 MedicalResearch.com Interview with: Rivka Green, MA Doctoral Candidate Clinical Developmental Neuropsychology York University  MedicalResearch.com: What is the background for this study? What are the main findings? Response: We conducted a study on 512 mother-child pairs from 6 major cities across Canada, about half of whom lived in a region that receives fluoridated water. We found that prenatal fluoride exposure was associated with lower IQ scores in 3-4 year old children. END_OF_DOCUMENT_TOKEN_TO_BE_REPLACED
Continue Reading
Author Interviews, BMJ, Endocrinology, Thyroid Disease / 25.02.2015

High Fluoride in Drinking Water May Be Linked To Hypothyroidism

MedicalResearch.com Interview with: Professor Stephen Peckham Director, Centre for Health Services Studies Professor of Health Policy Department of Health Services Research and Policy London School of Hygiene and Tropical Medicine Director, Policy Research Unit in Commissioning and the Healthcare System University of Kent   Medical Research: What is the background for this study? What are the main findings? Response: Community water fluoridation remains a controversial public health measure. There have been continued debates about both its effectiveness in the prevention of dental caries and also its safety. Previous studies have suggested that there is an association between fluoride ingestion and the incidence of hypothyroidism few population level studies have been undertaken. In April 2014 Public Health England published a monitoring report that used secondary analysis of routine health statistics to identify whether water fluoridation in England was associated with any adverse health outcomes. While hypothyroidism data is available this was not included in their monitoring report.  In England approximately 10% of the population lives in areas with community fluoridation schemes and hypothyroidism prevalence can be assessed from general practice data. Tt examine whether there is a relationship – as suggested in smaller studies – we used a cross-sectional study design using secondary data to develop binary logistic regression models of predictive factors for hypothyroidism prevalence at practice level using 2012 data on fluoride levels in drinking water, 2012/13 Quality Outcomes Framework (QOF) diagnosed hypothyroidism prevalence data, 2013 General Practitioner (GP) registered patient numbers, and 2012 practice level Index of Multiple Deprivation scores. We found a positive association between fluoride levels and hypothyroidism. High hypothyroidism prevalence was found to be at least 30% more likely in practices located in areas with fluoride levels in excess of 0.3mg/L. This population study supports earlier hypotheses that fluoride is associated with hypothyroidism. In the UK water is fluoridated at 1ppm (1mg/L) and in areas where water is fluoridated the model predicts that after controlling for other factors, practice populations are significantly more likely to have higher levels of hypothyroidism than those in non-fluoridated areas. Higher levels of fluoride in drinking water, therefore, provide a useful contribution for predicting prevalence of hypothyroidism. For example in contrasting two urban areas we found that practices located in the West Midlands (a wholly fluoridated area) are nearly twice as likely to report high hypothyroidism prevalence in comparison to Greater Manchester (non-fluoridated area). END_OF_DOCUMENT_TOKEN_TO_BE_REPLACED
Continue Reading
This website uses cookies to improve your experience. We'll assume you're ok with this, but you can opt-out if you wish.AcceptReject Read More
Privacy & Cookies Policy