Benefits of Implementing 2017 Hypertension Guidelines Would Outweigh Side Effects

USPSTF Recommendations Would Lead to Fewer Individuals Being Treated With Statin Therapy, But Maybe Some Who Would Benefit

MedicalResearch.com Interview with: Neha Pagidipati, MD MPH Duke Clinical Research Institute Duke University Durham, North Carolina MedicalResearch.com: What is the background for this study? What are the main findings? Response: The 2013 ACC/AHA guidelines for treatment of blood cholesterol to prevent cardiovascular disease created a new paradigm for lipid management and raised numerous ongoing controversies. In 2016, the US Preventive Services Task Force released recommendations for primary prevention statin therapy which were different in some important ways from the 2013 ACC/AHA guidelines. We aimed to understand the practical difference between these two sets of guidelines in terms of the number of Americans who would be potentially eligible for statin therapy. Using U.S. cross-sectional survey data between 2009 and 2014, we found that, if fully implemented, the USPSTF recommendations would reduce the percentage of US adults age 40-75 who should initiate statin therapy from 24% to 16% as compared to the 2013 ACC/AHA guidelines. Those newly recommended for statin therapy would be in addition to the 21% of US adults already taking lipid-lowering therapy. Of the approximately 9 million adults who would no longer be recommended to receive statin therapy under the new USPSTF recommendations, over half of them would be younger adults with a high long-term risk of cardiovascular disease (about 1 in 3), and over one quarter would be individuals with diabetes. END_OF_DOCUMENT_TOKEN_TO_BE_REPLACED
Continue Reading
Author Interviews, Emergency Care, Infections / 25.08.2015 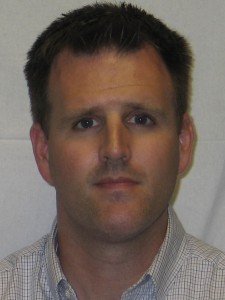 MedicalResearch.com Interview with: John P. Haran MD Assistant Professor of Emergency Medicine University of Massachusetts Medical School, Worcester, MA Medical Research: What is the background for this study? What are the main findings? Dr. Haran: The Infectious Disease Society of America (IDSA) publishes evidence based guidelines for the treatment of skin and soft tissue infections, however, how closely clinicians follow these guidelines is unknown. Observation units have been increasingly used over the past decade in emergency medicine for short-term care of patients for many medical conditions including skin infections. These units offer a great alternative to hospitalization especially for older adults. We set out to describe the treatment patterns used in the observation unit of an academic institute and compare them to the IDSA guidelines. We found that physicians had poor adherence to these guidelines. Additionally, we discovered that older adults were at increased risk of being over-treated while women were at increased risk for being under-treated. These age and gender biases are not new to medicine and emergency departments should standardize antibiotic treatments to reduce treatment bias. END_OF_DOCUMENT_TOKEN_TO_BE_REPLACED
Continue Reading
Author Interviews, Brain Injury, JAMA, Outcomes & Safety, UCLA / 23.07.2015

Compliance With Guidelines Not Linked To Outcomes in Traumatic Brain Injury 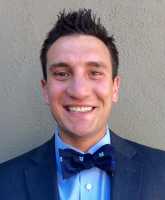 MedicalResearch.com Interview with: Aaron J. Dawes, MD Fellow, VA/RWJF Clinical Scholars Program Division of Health Services Research, University of California Los Angeles Los Angeles, CA 90024 Medical Research: What is the background for this study? What are the main findings? Dr. Dawes: In the fall of 2013, we formed the Los Angeles County Trauma Consortium, building upon a prior administrative relationship between LA County’s 14 trauma centers. We added health research researchers from UCLA and USC, and shifted the focus of the group from logistical issues to quality improvement. As a first project, our hospitals wanted to know if there was any variation in how traumatic brain injury patients are cared for across the county. Traumatic brain injury accounts for over 1/3 of all injury-related deaths in the U.S. and is the number one reason for ambulance transport to a trauma center in LA County. When we looked at the data, we found widespread variation in both how these patients were cared for at different hospitals and what happened to them as a result of that care. After adjusting for important differences in patient mix, we found that mortality rates varied by hospital from roughly 25% to 55%. As we tried to explain this variation, we looked into how often hospitals complied with two evidence-based guidelines from the Brain Trauma Foundation, hoping that we could eventually develop an intervention to boost compliance with these recommended care practices. While compliance rates varied even more widely than mortality—from 10 to 65% for intracranial pressure monitoring and 7 to 76% for craniotomy—they did not appear to be associated with risk-adjusted mortality rates. Put simply, we found no connection between how often hospitals complied with the guidelines and how likely their patients were to survive. END_OF_DOCUMENT_TOKEN_TO_BE_REPLACED
Continue Reading
Author Interviews / 23.07.2015

MedicalResearch.com Interview with: Allison Ursu, MD Department of Family Medicine University of Michigan Medical School Ann Arbor Medical Research: What is the background for this study? What are the main findings? Dr. Ursu: This study was the result of a trend I noticed in clinical practice when in 2009 ACOG recommended that screening for cervical cancer =not begin until age 21 and it seemed that chlamydia screening could be easily missed.  When a PAP test is done for cervical cancer screening it is very easy to send another swab for chlamydia screening. Our main findings are two years after the 2009 guideline change the rates of PAP tests decreased significantly which was appropriate but there was an unintended consequence of a significant decrease in chlamydia screening despite no change to the recommendation of chlamydia screening for females age 16-24. END_OF_DOCUMENT_TOKEN_TO_BE_REPLACED
Continue Reading