Reduced Heart Rate Variability May Be Biomarker of Depression Risk

MedicalResearch.com Interview with: Viola Vaccarino, MD, PhD Department of Epidemiology and Division of Cardiology Professor, Department of Medicine Emory University School of Medicine Atlanta, Georgia MedicalResearch.com: What is the background for this study? What are the main findings? Response: Previous studies have shown that people with depression tend to have lower heart rate variability (HRV), an index of autonomic nervous system dysregulation derived by monitoring the electrocardiogram over time, usually for 24 hours. Other literature, however, has pointed out that autonomic dysregulation (as indexed by reduced HRV) may also cause depression. Thus, the direction of the association between reduced HRV and depression still remains unclear. In addition, these two characteristics could share common pathophysiology, making shared familial background and genetic factors potential determinants of this association. END_OF_DOCUMENT_TOKEN_TO_BE_REPLACED
Continue Reading
Author Interviews, Exercise - Fitness, Genetic Research, Heart Disease / 19.05.2018

MedicalResearch.com Interview with: Prof. Patricia Munroe PhD Professor of Molecular Medicine William Harvey Research Institute Barts and The London School of Medicine and Dentistry Queen Mary University of London MedicalResearch.com: What is the background for this study? Response: Over the years, it has become increasingly evident that impaired capacity to increase heart rate during exercise and reduce heart rate following exercise are important predictors of all-cause and cardiovascular mortality. A person's capability to regulate their heart rate is the result of complex interactions of biological systems, including the autonomic nervous and hormonal systems. Prior work has demonstrated that genetic factors significantly contribute to variations in resting heart rate among different individuals, but less was known about the genetic factors modulating the response of heart rate to exercise and recovery. END_OF_DOCUMENT_TOKEN_TO_BE_REPLACED
Continue Reading
Author Interviews, Gender Differences / 12.06.2017

MedicalResearch.com Interview with: Olivia Choy Ph.D. candidate in Criminology Department of Criminology, University of Pennsylvania University of Pennsylvania MedicalResearch.com: What is the background for this study? What are the main findings? Response: The higher rate of offending among males compared to females is a well-documented phenomenon. However, little is known about what accounts for this gender difference. As males have been found to have significantly lower heart rates than females and lower resting heart rates have been associated with higher levels of offending, we tested whether low heart rate may partly account for the gender gap in crime. Resting heart rate at age 11 accounted for 5.4% to 17.1% of the gender difference in crime at age 23. END_OF_DOCUMENT_TOKEN_TO_BE_REPLACED
Continue Reading
Accidents & Violence, Author Interviews, JAMA / 10.09.2015 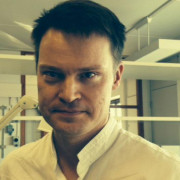 MedicalResearch.com Interview with: Antti Latvala PhD Post-doctoral researcher Department of Public Health, University of Helsinki Helsinki, Finland   Medical Research: What is the background for this study? Dr. Latvala: Motivation for the study came from the fact that antisocial and aggressive behavior has been associated with lower resting heart rate in children and adolescents. Heart rate, being regulated by the autonomic nervous system, has been viewed as an indicator of stress responding or autonomic arousal, and the association has been hypothesized to indicate low levels of stress or a chronically low level of autonomic arousal in antisocial individuals. However, empirical evidence for such an association in adulthood has been very limited. Medical Research: What are the main findings? Dr. Latvala: We found that men with lower resting heart rate had an increased risk of violent and nonviolent criminality. Specifically, men in the lowest fifth of the heart rate distribution had an estimated 39% increased risk for violent criminality and a 25% increased risk for nonviolent crimes compared with men in the highest fifth. These are estimates after adjusting for physical, cardiovascular, cognitive and socioeconomic covariates. When we further adjusted for cardiorespiratory fitness, which was available in a subsample, the associations were even stronger. In addition to the crime outcomes, we found that low resting heart rate predicted exposure to assaults and accidents, such as traffic crashes, falls and poisonings, in a very similar fashion. END_OF_DOCUMENT_TOKEN_TO_BE_REPLACED
Continue Reading
Author Interviews, BMJ, Heart Disease, Metabolic Syndrome / 04.09.2014

Medical Research: What are the main findings of the study?

Prof. Zhang: Higher heart rate has emerged as a cardiovascular risk factor and is associated with higher mortality rate. However the mechanistic link between heart rate and mortality outcome in population has been missing. The main findings of the present study in a relatively large population are two-fold: Firstly, there is a strong and positive association between resting heart rate and metabolic syndrome, which is defined when an adult has 3 of the following: obesity (waist circumference ≥90 cm for men or ≥80 for women); hypertriglyceridemia (triglycerides ≥1.7 mmol/L); low plasma level of high-density lipoprotein <1.03 mmol/L for men or <1.30 mmol/L for women); hypertension (systolic blood pressure/ diastolic blood pressure≥130/85 mmHg or current use of antihypertensive medications); hyperglycemia (fast blood glucose ≥5.6 mmol/L or previously diagnosed type 2 diabetes or current use of hypoglycaemic agents or insulin). Secondly and more importantly, those without metabolic syndrome but with higher resting heart rate will have greater risk in developing metabolic syndrome in the near future. As such, the findings from both cross-sectional and longitudinal studies provide evidence that resting heart rate is an independent risk factor for existing metabolic syndrome and a powerful predictor for its future incidence. END_OF_DOCUMENT_TOKEN_TO_BE_REPLACED

MedicalResearch.com Interview with: Bríain ó Hartaigh, Ph.D. Assistant Research Professor of Epidemiology Dalio Institute of Cardiovascular Imaging Weill Cornell Medical College MedicalResearch.com: What are the main findings of the study? Answer: Sustained elevations in resting heart rate measured longitudinally over the course of 6 years were strongly and independently associated with a greater risk of death from all causes in adults aged 65 years or older. END_OF_DOCUMENT_TOKEN_TO_BE_REPLACED
Continue Reading