Keloid status of an individual...

Could Sucking the Pacifier Clean Lower Your Baby’s Allergy Antibodies? 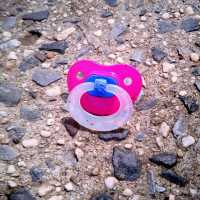 Eliane Abou-Jaoude, MD  Allergy and Immunology Fellow Henry Ford Health System Detroit, Michigan MedicalResearch.com: What is the background for this study? Response: Early life exposure to diverse types of microbes is necessary for healthy immune development and may impact the risk for developing allergic disorders. Theoretically the transfer of parental microbes to their offspring during infancy can influence a child’s developing gut microbiome and subsequent immune response patterns. We wished to investigate whether parental pacifier cleaning methods, reported at 6-months of age, were associated with altered serum IgE trajectory over the first 18 months of life.  END_OF_DOCUMENT_TOKEN_TO_BE_REPLACED
Continue Reading
Author Interviews, Breast Cancer, Cancer Research, JAMA, Mammograms / 25.08.2018