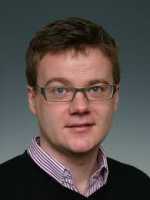 MedicalResearch.com Interview with: Niels Skipper PhD Associate Professor, Department of Economics and Business Economics Aarhus University MedicalResearch.com: What is the background for this study? What are the main findings? Response: It is unclear if there is an association between type 1 diabetes and school performance in children. Some studies have found type 1 diabetes to be associated with worse performance, while others have found no differences. However, most of the existing literature are based on smaller, non-random samples of children with diabetes. In this study we used data on all public school children in the country of Denmark, involving more than 600,000 schoolchildren where approximately 2,000 had a confirmed diagnosis of type 1 diabetes. The children were tested in math and reading using a nationally standardized testing procedure, and we found no difference in the obtain test scores between children with diabetes compared to children without diabetes. END_OF_DOCUMENT_TOKEN_TO_BE_REPLACED
Continue Reading
Author Interviews, Diabetes, Infections, JAMA, Pediatrics, Vaccine Studies / 22.01.2019

MedicalResearch.com Interview with: Dr Kirsten Perrett MBBS FRACP PhD Team Leader / Clinician-Scientist Fellow, Population Allergy, Murdoch Children's Research Institute Consultant Paediatrician, Department of Allergy and Immunology and General Medicine The Royal Children's Hospital Fellow, School of Population and Global Health The University of Melbourne Parkville, Victoria Australia MedicalResearch.com: What is the background for this study? Response: Before rotavirus vaccines were available, rotavirus infection was the most common cause of severe gastroenteritis in infants and young children. Because it is so contagious, infection in childhood is thought to be universal in unvaccinated children. Previous studies indicated that rotavirus infection of infants might be an environmental promoter of type 1 diabetes. Therefore, we anticipated that the introduction of the rotavirus vaccine might alter the disease incidence in young children. END_OF_DOCUMENT_TOKEN_TO_BE_REPLACED
Continue Reading
Annals Internal Medicine, Author Interviews, Diabetes, Pediatrics / 15.01.2019

MedicalResearch.com Interview with: Juliana CN Chan MD Chair Professor of Medicine and Therapeutics Head, Division of Clinical Pharmacology, Department of Medicine and Therapeutics Director, Hong Kong Institute of Diabetes and Obesity Director, Clinical Research Management Office Faculty of Medicine The Chinese University of Hong Kong MedicalResearch.com: What is the background for this study? What are the main findings? Response: The prevalence of young onset diabetes (YOD) is increasing world-wide with doubling of its prevalence in the last 10 years in many developed nations. Using the Hong Kong Diabetes Register established since 1995, we first reported that 1 in 5 Chinese adults with diabetes were diagnosed before the age of 40 years. These young patients had poor control of multiple risk factors with 1.5 fold higher risk of premature death and cardiovascular-renal complications compared to patients with usual onset of diabetes after the age of 40 (Chan JC et al AJM 2014, Luk A et al Diabetes Care 2014). Due to the multisystem nature of diabetes, we asked the question whether these young patients might have recurrent hospitalizations during their 3-4 decades of complex clinical course. Using a territory-wide diabetes database involving 0.42 million people followed up between 2002 and 2014, we compared the hospitalization rates accrued till the age of 75 years and found that patients with young onset diabetes had the highest hospitalization rates by attained age. Compared to patients with usual onset of diabetes, patients with YOD had 1.8- 6.7 higher risk of hospitalizations due to all-causes, notably renal disease compared to those with usual onset of disease. Amongst patients with young onset diabetes, over one-third of the bed-days were due to mental illness before the age of 40 years. We used mathematical modeling and estimated that intensified risk factor control in YOD can reduce the cumulative bed-days by 30% which can be further reduced by delaying the onset of diabetes. These original data is a wakening call to the community regarding the complex nature of YOD involving interactions amongst environment, lifestyles and personal factors (e.g. genetics, education and socioeconomic status) and the biomedical-psychological-behavioral needs of these high risk population, which if undiagnosed, untreated or suboptimally managed, can have huge economic impacts on health care system and loss of societal productivity, leaving personal suffering aside. END_OF_DOCUMENT_TOKEN_TO_BE_REPLACED
Continue Reading
Author Interviews, Diabetes, Pediatrics / 23.08.2018

Sherry L. Voytik-Harbin Weldon School of Biomedical Engineering Purdue University MedicalResearch.com: What is the background for this study? What are the main findings? Response: Type 1 diabetes (T1D) is a major health problem affecting over 1.25 children and adults in the United States alone. It also affects our beloved companion animals, with 1 out of every 100 dogs and cats having this condition. T1D results from an autoimmune condition, where the patient’s body, by mistake, attacks and destroys cells in the pancreas (β cells) that are responsible for regulating blood glucose levels by producing insulin. While injectable insulin represents the standard of care for these patients, it provides an inferior control system relative to functional β cells, leaving the majority of patients at risk for life-threatening complications. Although transplantation of pancreatic islets, which contain replacement β cells, via portal vein injection into the liver, is an attractive therapeutic alternative for these patients, persistent risks and challenges preclude its more widespread clinical adoption. These include rapid destruction and loss of function of the majority of donor cells upon transplantation and the need for life-long immunosuppression. This study evaluated a novel packaging strategy for the delivery and maintenance of functional donor islets beneath the skin, resulting in rapid and extended reversal of T1D in diabetic mice. END_OF_DOCUMENT_TOKEN_TO_BE_REPLACED
Continue Reading
Author Interviews, Diabetes, Diabetologia, University of Pittsburgh / 31.08.2014