MedicalResearch.com Interview with: Kristina Aspvall | Psychologist, PhD Eva Serlachius MD PhD Adjunct professor Professor David Mataix-Cols, PhD Karolinska Institutet Department of Clinical Neuroscience Child and Adolescent Psychiatry Research Center Stockholm MedicalResearch.com: What is the background for this study? Response: The problem we were trying to solve is the shortage of specialist Cognitive Behavioral Therapy (CBT) for children and adolescents with Obsessive-Compulsive Disorder (OCD). CBT is the first line treatment for children and adolescents with OCD but is a highly specialist treatment rarely available outside large medical centres, typically located in big cities. Previous work by our group and others had shown that it is possible to deliver CBT via the internet in the form of a self-help programme with minimal support from a clinician. The clinician can be located anywhere and provide asynchronous support via a built-in messaging system. Parental support is a key component of the treatment. In essence, the parents take over as the child’s main therapist, under the guidance of the expert clinician.  END_OF_DOCUMENT_TOKEN_TO_BE_REPLACED
Continue Reading
Author Interviews, Cannabis / 21.10.2020 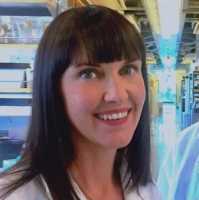 MedicalResearch.com Interview with: Carrie Cuttler, Ph.D. Assistant Professor Washington State University Department of Psychology Pullman, WA, 99164-4820  MedicalResearch.com: What is the background for this study? Response: While many studies have examined the acute effects of cannabis on other mental health symptoms such as anxiety, depression, post-traumatic stress disorder (PTSD), and psychosis there is almost no research on acute effects of cannabis on symptoms of obsessive-compulsive disorder (OCD) in humans.  Nevertheless, we have previously found that acute cannabis intoxication is associated with reductions in anxiety as well as with reductions in the intrusive thoughts characteristic of PTSD. Further previous research using a rodent model of compulsive behavior has provided pre-clinical evidence that cannabidiol (CBD) - which is the second most common constituent in the cannabis plant - reduces compulsive behavior. END_OF_DOCUMENT_TOKEN_TO_BE_REPLACED
Continue Reading
Author Interviews, Dermatology, Mental Health Research, Pediatrics / 15.01.2020

Trichotillomania Can Have Serious Psychological Impact on Children 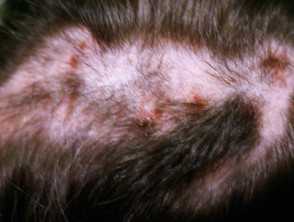 MedicalResearch.com Interview with: Lucia Diaz, M.D., is chief of pediatric dermatology, dermatology residency associate program director and assistant professor of medicine and pediatrics at Dell Medical School. She is also co-director of the dermatology-rheumatology combined clinic at Dell Children’s Medical Center. Sasha Jaquez, Ph.D. is a pediatric psychologist at Dell Children's Medical School/Dell Children's Medical Center and specializes in seeing children with chronic medical illness, including skin disorders.     MedicalResearch.com: What is the background for this study? Response: Trichotillomania (TTM) can be an extremely disabling chronic condition that impacts the psychosocial development of children. It is classified by the Diagnostic and Statistical Manual of Mental Disorders (DSM-5) as an obsessive-compulsive disorder, where a person recurrently pulls out hair from any region of their body resulting in hair loss. Recognizing this disorder and being informed of treatment options allows medical providers to correctly diagnose and intervene early in the disease course. We reviewed the psychosocial impacts of pediatric trichotillomania and the current evidence-based interventions used in the population.  END_OF_DOCUMENT_TOKEN_TO_BE_REPLACED
Continue Reading
Author Interviews, Mental Health Research / 26.04.2019

Is It Always Your Fault? Taking Too Much Responsibility Can Lead to OCD

MedicalResearch.com Interview with: Yoshinori SUGIURA Ph.D. Associate Professor Hiroshima University Graduate School of Integrated Arts and Sciences Behavioural Sciences Section Higashi-Hiroshima, Japan  MedicalResearch.com: What is the background for this study? Response: Lengthy worrying or repeated checking if the door is locked are common manifestations of anxiety in the general population. However, if their frequency, intensity, and interference become too much, they are diagnosed as Generalized Anxiety Disorder (GAD) and Obsessive Compulsive Disorder (OCD) respectively. People with OCD are tortured by repeatedly occurring negative thinking and they take some strategy to prevent i. GAD is a very pervasive type of anxiety. GAD patients worry about everything. Despite their burden, both are relatively difficult to treat. Furthermore complicated, as they are two different disorders, mental health professionals have to master separate strategies. To overcome such situation, transdiagnostic research, which seeks common causes for different disorders, is now eagerly pursued by psychologists/psychiatrists. As one of such endeavors, we predicted that inflated responsibility is the common predictor of both OCD and GAD symptoms. END_OF_DOCUMENT_TOKEN_TO_BE_REPLACED
Continue Reading
Author Interviews, Education, JAMA, Karolinski Institute, Mental Health Research / 16.11.2017

MedicalResearch.com Interview with: Ana Pérez-Vigil MD Department of Clinical Neuroscience Child and Adolescent Psychiatry Research Center Karolinska Institutet MedicalResearch.com: What is the background for this study? Response: Everyone who regularly works with persons who have obsessive-compulsive disorder (OCD) has seen that their patients often struggle with school work. It is not uncommon for these individuals to have poor school attendance and severe patients can be out of the education system altogether. This applies to persons of all ages, from school children to young adults who may be at university. On the other hand there is a group of patients who, against all odds, working 10 times as hard as everybody else, manage to stay in education and eventually get a degree. So we have long suspected that OCD has a detrimental impact on the person’s education, with all the consequences that this entails (worse chances to enter the labour market and have a high paid job). But we did not really know to what extent OCD impacts education. So we wanted to know what is the actual impact of OCD on educational attainment using objectively collected information from the unique Swedish national registers. Previous work had been primarily based on small clinical samples from specialist clinics, using either self or parent report and cross-sectional designs. Previous work also tended not to control for important confounders such as psychiatric comorbidity or familial factors (genetic and environmental factors that could explain both OCD and the outcomes of interest). END_OF_DOCUMENT_TOKEN_TO_BE_REPLACED
Continue Reading
Author Interviews, Mental Health Research, Nature / 30.10.2017

MedicalResearch.com Interview with: Hyun Ji Noh PhD Computational Scientist, Medical and Population Genetics Broad Institute of MIT and Harvard MedicalResearch.com: What is the background for this study? What are the main findings? Response: Obsessive-compulsive disorder (OCD) is a debilitating neuropsychiatric disorder, characterized by intrusive thoughts and repetitive behaviors. OCD is estimated to affect roughly 80 million people worldwide, but its neurobiology remains poorly understood. To understand the disorder’s underpinnings, we searched for genetic mutations that are associated with OCD. For this, we first identified 608 genes that were most likely to be important  in OCD - some that have previously been identified in OCD-like behaviors in dogs and mice, and others in human autism, which also involves repetitive behaviors. We compared these genes in 592 people with OCD and 560 people without OCD, and found that 4 of these genes were significantly different between people with and without OCD: NRXN1, HTR2A, CTTNBP2 and REEP3. All of these four genes have important functions in the brain. Specifically, we found that the variants in NRXN1 are likely to change its ability to bind other synaptic proteins. Synaptic proteins link neurons together, and are critical for transmitting signals through the brain. We also found that the variants in CTTNBP2 and REEP3 don’t actually change the proteins made by these genes, but instead probably affect gene regulation (for example, how much of the protein is made). These ‘regulatory’ variants disrupt the binding of transcription factors (proteins that regulate expression of genes in the body) near the gene. END_OF_DOCUMENT_TOKEN_TO_BE_REPLACED
Continue Reading
Author Interviews, Cognitive Issues, Mental Health Research / 20.09.2017

OCD Not Associated With Above-Average Intelligence

MedicalResearch.com Interview with: Amitai Abramovitch, PhD Assistant Professor Department of Psychology Texas State University MedicalResearch.com: What is the background for this study? What are the main findings? Response: Obsessive-Compulsive Disorder (OCD) is associated with moderate degree of underperformance on several cognitive tests such as processing speed, and some higher order functions such as planning and inhibition. While this does not constitute a clinically meaningful impairment on these functions, we set out to explore the prevailing myth that OCD is associated with above-average intelligence. This myth, that was propagated by Sigmund Freud 115 years ago and is still surprisingly all too prevalent -  was never tested empirically. The notion of above average intelligence in OCD didn’t make sense to us given that IQ tests are comprised of subtests that assess cognitive function. To test this, we collected all the available data ever published in the scientific literature regarding IQ in OCD versus control samples, and conducted a meta-analysis. Our results show that OCD is not associated with higher IQ than average. In fact we found a slightly lowered IQ in OCD compared to controls, although IQ scores for OCD samples were in the average range. The total IQ score (Full Scale IQ) is comprised of two subscales, namely Verbal IQ, and Performance IQ. Our results show that reduced Full Scale IQ stems primarily from lowered Performance IQ, a scale that is comprised of a number of timed tests. In other words, as opposed to Verbal IQ tests, test scores on Performance IQ subtests rely heavily on performance within a specific time frame, and not only on performance accuracy. Thus, our findings suggest that reduced processing speed found in OCD could lead to reduced Performance IQ, and subsequently lead to lowered Full Scale IQ, and may not be indicative of specific cognitive deficits. This finding suggests that IQ tests administered to individuals diagnosed with OCD may result in a biased Full Scale IQ scores that does not accurately reflect their full intellectual potential. END_OF_DOCUMENT_TOKEN_TO_BE_REPLACED
Continue Reading
Author Interviews, Infections, JAMA, Mental Health Research / 25.05.2017

Could a Strep Throat Increase Risk of OCD?

MedicalResearch.com Interview with: David Mataix-Cols PhD Centre for Psychiatry Research, Department of Clinical Neuroscience, Karolinska Institutet, Stockholm Health Care Services, Stockholm County Council Stockholm, Sweden MedicalResearch.com: What is the background for this study? Response: Exposure-based Cognitive Behavior Therapy (CBT) is the treatment of choice for patients with anxiety, obsessive compulsive disorder (OCD) and post-traumatic stress disorders. Some patients do not respond sufficiently to such treatment. This has led researchers to find ways to augment (enhance) CBT with pharmacological agents, such as D-cycloserine (DCS). Because CBT is such a powerful treatment for most patients, we suspected that the effects of DCS would probably be small. This means that very large samples of patients are needed to show statistically significant differences between groups. Previous studies and meta-analyses were underpowered to detect such small effects. Combining the raw data from all available studies to date gave us the power we needed to address the question of whether DCS is an efficacious augmenting strategy, over and above CBT. We also had a second research question. Previous research from our group had suggested that there may be undesirable interactions between DCS and antidepressants, whereby patients taking both types of drugs would have significantly worse outcomes (see Andersson et al JAMA Psychiatry. 2015 Jul;72(7):659-67. doi: 10.1001/jamapsychiatry.2015.0546). END_OF_DOCUMENT_TOKEN_TO_BE_REPLACED
Continue Reading
Author Interviews, JAMA, Karolinski Institute, Mental Health Research / 05.10.2016

MedicalResearch.com Interview with: Gustaf Brander Department of Clinical Neuroscience Karolinska Institutet MedicalResearch.com: What is the background for this study? Response: Obsessive-compulsive disorder (OCD) is believed to be caused by a complex interaction between genetic and environmental factors. Whereas genetic studies are well underway, the research on environmental factors has been lagging behind. As they explain a significant portion of the variance, are potentially malleable, and are essential for understanding how the genetic component works, this area of research is of great importance. END_OF_DOCUMENT_TOKEN_TO_BE_REPLACED
Continue Reading
Author Interviews, Mental Health Research, UCLA / 26.06.2015

MedicalResearch.com Interview with: H. Blair Simpson, M.D., Ph.D. Professor of Clinical Psychiatry, College of Physicians and Surgeons at Columbia University Director of the Anxiety Disorders Clinic and the Center for OCD and Related Disorders at the New York State Psychiatric Institute New York, NY 10032 MedicalResearch.com: What are the main findings of the study? Dr. Simpson: This is the first RCT to compare two recommended SRI augmentation strategies for adults with OCD. Adding EX/RP to SRIs was superior to risperidone and to pill placebo in reducing OCD symptoms and improving insight, functioning, and quality of life. Risperidone was not superior to placebo on any outcome. END_OF_DOCUMENT_TOKEN_TO_BE_REPLACED
Continue Reading