Cardioprotective Effect of Soy in Japanese May Be Mediated Through Equol

MedicalResearch.com Interview with: Akira Sekikawa, Ph.D. Associate professor of epidemiology University of Pittsburgh Graduate School of Public Health MedicalResearch.com: What is the background for this study? What are the main findings? Response: We found that Japanese men who are able to produce equol—a substance made by some types of “good” gut bacteria when they metabolize isoflavones (micronutrients found in dietary soy)—have lower levels of a risk factor for heart disease than their counterparts who cannot produce it. All monkeys can produce equol, as can 50 to 70 percent of people in Asian countries. However, only 20 to 30 percent of people in Western countries can. Scientists have known for some time that isoflavones protect against the buildup of plaque in arteries, known as atherosclerosis, in monkeys, and are associated with lower rates of heart disease in people in Asian countries. It was surprising when a large trial of isoflavones in the U.S. didn’t show the beneficial effects on atherosclerosis. My colleagues and I recruited 272 Japanese men aged 40 to 49 and performed blood tests to find out if they were producing equol. After adjusting for other heart disease risk factors such as high blood pressure, cholesterol, smoking and obesity as well as dietary intake of isoflavones, we found that the equol-producers had 90-percent lower odds of coronary artery calcification, a predictor of heart disease, than the equol non-producers. END_OF_DOCUMENT_TOKEN_TO_BE_REPLACED
Continue Reading
Author Interviews, Breast Cancer / 07.02.2017

MedicalResearch.com Interview with: Xiyuan Zhang PhD and Leena Hilakivi-Clarke, PhD Professor of Oncology Georgetown University Research Building, Room E407 Washington, DC 20057 MedicalResearch.com: What is the background for this study? What are the main findings? Response: Breast cancer is the most common cancer type in women and it also is the second leading cause of death by cancer in the United States. Every year, over 200,000 new cases of breast cancer are diagnosed in the US and this number reached over 1.5 million worldwide in 2012. Asian women exhibit much lower risk of breast cancer than Caucasian women, accounting for about one fifth of the breast cancer incidence in Western women. Therefore, researchers have been intensively studying and aiming to decipher the difference between these two populations. Results of previous research from our laboratory and by others, in animal models and humans, indicate that higher intake of soy foods or soy isoflavone genistein during childhood is associated with reduced breast cancer risk. However, findings done using human breast cancer cells indicate that soy isoflavones stimulate growth of breast cancer cells. Thus, there is an apparent controversy regarding soy isoflavones and breast cancer. 70% of all breast cancer cases are estrogen receptor positive (ER+) and are therefore treated with endocrine therapy, including with tamoxifen. Although these treatments effectively prevent recurrence in half of the ER+ breast cancer patients, the other half are resistant or develop resistance to the endocrine therapy and recur. Intriguingly, several studies done using human breast cancer cells in culture or in mice found that soy isoflavone genistein negates tamoxifen’s effects. However, observational studies in women suggest that those patients who consume most soy foods have the lowest risk of breast cancer recurrence. The present study was designed to address these conflicting findings using a preclinical animal model and to determine if lifetime isoflavone intake has different effect on tamoxifen’s ability to treat breast cancer than intake that starts when cancer is detected. END_OF_DOCUMENT_TOKEN_TO_BE_REPLACED
Continue Reading
Asthma, Author Interviews, JAMA, Nutrition / 27.05.2015 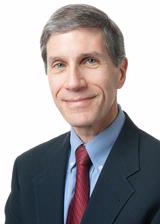 MedicalResearch.com Interview with: Lewis J. Smith, MD Professor of Medicine and Associate Vice President for Research Northwestern University and the Feinberg School of Medicine Chicago, IL 60611 Medical Research: What is the background for this study? What are the main findings? Dr. Smith: We previously observed in a survey of more than 1,000 patients with asthma that those consuming soy isoflavones in their diet had better lung functioning than their counterparts who consumed little or none.  Using a more detailed soy questionnaire, we confirmed the observation in a different group of patients with asthma, and followed that up with laboratory studies.  In cell culture studies, we saw that genistein, the major soy isoflavone, at levels that are achieved in individuals consuming a high soy diet, reduces eosinophilic inflammation, a key feature in asthma. In addition, people who consume more soy products, mostly in Japan and parts of China, generally have less asthma than in western countries.  Although these data indicate a potential beneficial effect of soy isoflavones in patients with asthma and nutritional supplements are commonly used by people to treat and prevent disease and improve their health, there was little direct data to prove that the supplement is actually effective.  As a result, we explored the effects of a soy isoflavone supplement in 386 adults and children aged 12 or older with poorly controlled asthma. All were taking medicine to treat their asthma – either corticosteroids or leukotriene modifiers – but none consumed soy more than once a week. In the randomized, double-blind study, half of the participants took a soy isoflavone supplement twice daily for six months, and the other half took a placebo. We found that the supplement, though able to increase blood levels of genistein, did not improve lung function, symptoms or measures of inflammation in these individuals. END_OF_DOCUMENT_TOKEN_TO_BE_REPLACED
Continue Reading
Author Interviews, Cancer Research, JAMA, Nutrition, Prostate Cancer / 10.07.2013

MedicalResearch.com Interview with: Maarten C. Bosland, DVSc, PhD Professor of Pathology Department of Pathology University of Illinois at Chicago College of Medicine Chicago, IL  60612 MedicalResearch.com: What are the main findings of the study? Dr. Bosland: Daily consumption of a supplement containing soy protein isolate for two years following radical prostatectomy did not reduce recurrence of prostate cancer in men at high risk for this (radical prostatectomy is surgical removal of the prostate to treat prostate cancer). The study showed that this soy supplementation was safe. It is not clear whether this result indicates that soy does not prevent the development of prostate cancer, but men that have the disease probably do not benefit from soy supplementation. END_OF_DOCUMENT_TOKEN_TO_BE_REPLACED
Continue Reading