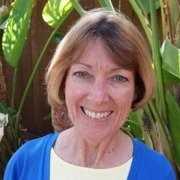 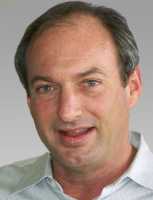 MedicalResearch.com Interview with: Dr. Steven L. Wagner PhD University of California, San Diego Department of Neurosciences Professor in Residence School of Medicine, Medical Teaching Facility Room 150 La Jolla, California 92093-0624  MedicalResearch.com: What is the background for this study? What are the main findings?  Response: Amyloid plaques are pathological hallmarks of Alzheimer’s disease (AD)—clumps of misfolded proteins that accumulate in the brain, disrupting and killing neurons and resulting in the progressive cognitive impairment that is characteristic of the widespread neurological disorder.  Amyloid plaques are composed of small protein fragments called amyloid beta (Aβ) peptides. These peptides are generated by enzymes called β-secretase and γ-secretase, which sequentially cleave a protein called amyloid precursor protein on the surfaces of neurons to release Aβ fragments of varying lengths. Some of these fragments, such as Aβ42, are particularly prone to forming plaques, and their production is elevated in patients with mutations predisposing them to early-onset AD. Several attempts have been made to treat or prevent AD using drugs that inhibit either β-secretase or γ-secretase, but many of these drugs have proved to be highly toxic or unsafe in humans, likely because β-secretase and γ-secretase are required to cleave additional proteins in the brain and other organs. Instead, Wagner and colleagues investigated the therapeutic potential of drugs known as γ-secretase modulators or GSMs, which instead of inhibiting the γ-secretase enzyme, slightly alter its activity so that it produces fewer Aβ peptides that are prone to form plaques while continuing to duties cleaving other protein targets. “GSMs offer the ability to mitigate mechanism-based toxicities associated with γ-secretase inhibitors,” said Wagner.  END_OF_DOCUMENT_TOKEN_TO_BE_REPLACED
Continue Reading
Author Interviews, COVID -19 Coronavirus, Hematology / 04.12.2020 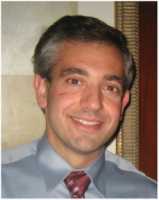 MedicalResearch.com Interview with: George Sakoulas, MD Sharp Memorial Hospital and Sharp Rees-Stealy Medical Group Associate Adjunct Professor UC San Diego School of Medicine San Diego MedicalResearch.com: What is the background for this study? Would you briefly explain what is meant by IVIG?   Response: IVIG stands for intravenous immunoglobulin. It is a preparation from pooled blood donors isolating antibodies in their blood and highly concentrated for use. It's uses are to either replace immunoglobulins in patients who do not produce enough of them because of some underlying immunodeficiency or, as in the case of COVID, they take advantage of the immune signaling properties of the non-variable part of the antibodies. Many immune cells have receptors that bind the non-variable (also called the Fc-gamma region), and when bound, the activity of these activated immune cells is modulated. IVIG is used in many immunologic complications of infections like Guillan-Barre, Kawasaki's disease, immune mediated encephalitis from mycoplasma, just to name a few. We decided to study IVIG because: It is worth clarifying that the benefit here is NOT from neutralizing antibodies against SARS-CoV-2 virus but rather the immunomodulatory effect. It will be very interesting to see if the effect/benefit changes over time as pooled blood donors feeding the IVIG supply do develop more antibodies against SARS-CoV-2, but this is not yet known.  END_OF_DOCUMENT_TOKEN_TO_BE_REPLACED
Continue Reading
Author Interviews, Cannabis / 09.10.2020

MedicalResearch.com Interview with: Christopher Kaufmann, PhD Co-first author of the study and assistant professor Division of Geriatrics and Gerontology in the Department of Medicine UC San Diego  MedicalResearch.com: What is the background for this study? What are the main findings? Response: We examined cannabis use by older patients seen in our geriatrics clinic at the University of California San Diego. We surveyed patients who came to our clinic for routine care, and found that 15% of those surveyed had used cannabis within the past 3 years. Half of users reported using cannabis regularly and most used for medical purposes. The most common targeted conditions were pain, problems sleeping, and anxiety, and patients found cannabis to be helpful in treating these conditions. We also found that 61% had initiated cannabis use after age 60, and these new users engaged in less risky consumption practices than current users who also used earlier in life.  END_OF_DOCUMENT_TOKEN_TO_BE_REPLACED
Continue Reading