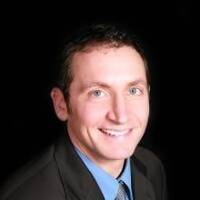 MedicalResearch.com Interview with: David H. Howard, PhD Professor, Health Policy and Management Rollins School of Public Health Emory University, Atlanta, Georgia MedicalResearch.com: What is the background for this study? Response: Application of the False Claims Act (FCA) to medically unnecessary care is controversial, both in the courts and in the Department of Justice. Although there haven’t been many FCA suits against hospitals and physicians for performing unnecessary percutaneous coronary interventions (PCIs), the suits that have occurred have been against some of the highest-volume hospitals and physicians. Some cardiologists have been sentenced to prison. END_OF_DOCUMENT_TOKEN_TO_BE_REPLACED
Continue Reading
Author Interviews, Emory, JAMA, Prostate Cancer, Radiation Therapy / 15.02.2019 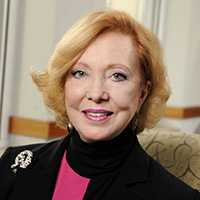 MedicalResearch.com Interview with: Deborah Watkins Bruner RN, PhD, FAAN Senior Vice President of Research Emory University Professor and Robert W. Woodruff Chair in Nursing Nell Hodgson Woodruff School of Nursing Professor, Department of Radiation Oncology Emory University School of Medicine MedicalResearch.com: What is the background for this study? Response: In a randomized clinical trial entitled, “Quality of Life in Patients With Low-Risk Prostate Cancer Treated With Hypofractionated vs Conventional Radiotherapy” the NRG Oncology Group previously demonstrated that men with low risk prostate cancer had similar 5-year disease- free survival of about 85% when treated with either conventional radiotherapy (C-RT) of 73.8 Gy in 41 fractions over 8.2 weeks, or with hypofractionated radiotherapy (H-RT) of 70 Gy in 28 fractions over 5.6 weeks. However, late physician reported side effects of mild bowel and bladder symptoms were increased in patients treated with H-RT and raised questions if the H-RT arm is acceptable to patients. The current study asked the patient’s directly about their bowel, bladder, sexual function, anxiety, depression and general quality of life using valid patient reported questionnaires. These questionnaires have been found to be more accurate for reporting patient symptoms than physician report alone. END_OF_DOCUMENT_TOKEN_TO_BE_REPLACED
Continue Reading