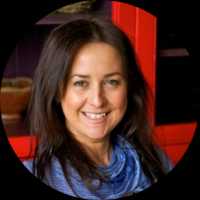 More on Alcohol on MedicalResearch.com

Dr. Cranwell: We conducted this particular study because it is well established that adolescent exposure to alcohol and tobacco in the media, such as film, television, and paid for advertising are determinants of subsequent alcohol and tobacco use in young people. The extent of potential exposure has been transformed over the past decade by the emergence of social media, in which exposure to pro-tobacco content has also been linked to favourable attitudes towards tobacco, including intention to smoke, in young non-smokers.

Our previous published research highlighted that popular YouTube music videos contain tobacco and substantial alcohol content, including branding. Alcohol advertising is largely self-regulated by the alcohol industry and the Portman Group who speaks on behalf of the UK drinks industry.   The Advertising Standards Authority also provides guidance on marketing of alcohol products in the UK. Broadly speaking the guidelines from these three regulators state that “Marketing communications for alcoholic drinks should not be targeted at people under 18 and should not imply, condone or encourage immoderate, irresponsible or anti-social drinking”. However the extent to which adults and adolescents are exposed to tobacco or alcohol content from YouTube at a population level has not been quantified. In this new study we have therefore estimated population exposure to tobacco and alcohol impressions, defined as appearances in 10-second intervals in a sample of popular videos, in the British adolescent and adult population.

Dr. Cranwell: The videos were available for an average of 7 to 10 months after release. And based on population census data, the we calculated that these delivered a total of 1006 million impressions of alcohol and 203 million of tobacco to the British population during the period between release of the video and the point of the survey. Most of this content was delivered to 25-34 year olds, but levels of individual exposure were almost four times higher among teens.

Teens aged 13 to 15 received an average of 11.48 tobacco impressions, while those aged 16 to 18 received an average of 10.5. This compares with 2.85 for adults. Furthermore, exposure was around 65% higher among girls, with the highest numbers of tobacco impressions delivered to 13-15 year olds. The pattern of exposure for alcohol was similar to that of tobacco, but the overall number of impressions was five times higher.

An estimated 52.11 alcohol impressions were delivered to each teen compared with 14.13 to each adult. Individual exposure levels rocketed to 70.68 among 13-15 year old girls.

“Trumpets” by Jason Derulo, and “Blurred Lines” by Robin Thicke delivered some of the highest number of tobacco impressions while ”Timber” by Pitbull, and “Drunk in Love” by Beyoncé, delivered the most alcohol content. All of these videos apart from Trumpets contained obvious alcohol advertising of brands such as Voli Vodka (Timber), D’USSE (Drunk in Love) and Remy Martin (Blurred Lines) and reflect overt associations between alcohol companies and music artists, who in turn feature their alcohol products in music videos.

MedicalResearch: What should policy makers take away from your report?

Dr. Cranwell: Music videos are almost unregulated for their content. Films are classified, and TV content is subject to controls during periods when children are likely to be watching, no such regulations apply to digital music videos. The British Board of Film Classification has consulted on an age rating system for music videos made in the UK, but this does not cover tobacco and alcohol content. Instead, it includes drug misuse, dangerous behaviour presented as safe, bad language, sex and nudity, threatening behaviour and violence. Owing to the obvious health implications for adolescents, we suggest that overly positive portrayals of both alcohol and tobacco in music videos should be included in both the drug misuse and dangerous behaviour presented as safe rating categories.

We also recommend that the alcohol industry reconsider featuring their products in music videos as they are a youth venue. Disney films has now announced that it will no longer make films including smoking. Music artists are celebrities and are therefore highly influential public figures and we need a similar degree of social responsibility across the tobacco, alcohol and music industries.

Dr. Cranwell: Future research should focus on exploring the behavioural effects of exposure to similar content in music videos through large scale longitudinal studies. Further, it would be interesting to see the extent to which popular music videos contain alcohol advertising, on a larger sample, over a longer period of time. It would also be interesting to explore how many globally successful music artists have financial (or otherwise) arrangements with alcohol companies and also the average age of their fans.

MedicalResearch: Is there anything else you would like to add?

Dr. Cranwell: We would encourage parents or guardians of British teens to contact the BBFC directly or us at the UK Centre for Tobacco and Alcohol Studies if they would also like to see alcohol and tobacco content included in the BBFC age rating categories. We would be happy to pass on their views to the BBFC on their behalf.

More on Alcohol on MedicalResearch.com