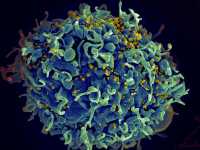 20 Nov What is Risk of Sexual Transmission of HIV With Treatment-Suppressed Low Viral Load?

Response: On December 1, 2016 (World AIDS Day), the Honourable Jody Wilson-Raybould, federal Minister of Justice, committed to working with provinces and territories, affected communities, and medical professionals to examine the criminal justice system’s response to non-disclosure of HIV status in the context of sexual relations.

To this end, Justice Canada worked with the Public Health Agency of Canada (PHAC), provincial and territorial public health and justice counterparts, and a variety of other stakeholders to develop a comprehensive report on the issue of HIV non-disclosure. As part of this work, Justice Canada asked PHAC to provide an assessment of the most recent medical science on sexual HIV transmission risk.

Response: Our report shows that when a person living with HIV is on treatment and has a suppressed viral load (of less than 200 copies of the virus per millilitre of blood on consecutive measurements every 4 to 6 months), they have a negligible risk of sexually transmitting HIV to their partner. Further, the risk of sexual HIV transmission is low when an HIV-positive sex partner is taking antiretroviral therapy without a suppressed viral load of less than 200 copies per millilitre of blood and/or condoms are used.

These findings will support individual patient and clinician decision-making, and will have implications for public health case management and contact tracing. Justice Canada used its findings to inform their 2017 report on the justice system’s response to HIV nondisclosure. The findings may inform the responses of other justice systems.

Canada’s Council of Chief Medical Officers of Health noted in their 2017 statement that based on our results, it is “evident that when a person living with HIV is on antiretroviral therapy, takes their medications consistently as prescribed and maintains a confirmed suppressed viral load, there is effectively no risk of their passing the infection on to their sex partners.”

Response: Further studies of HIV serodiscordant couples (i.e., where one partner is living with HIV and the other is not) will help us in developing more precise estimations of the level of risk. While studies where a partner living with HIV maintained a suppressed viral load have shown zero transmissions to date, the calculation of transmission risk cannot rule out a certain level of statistical risk, which is simply a function of the number of years that couples are followed for in the studies. As more years of follow-up are gathered in studies where no transmissions are observed, that theoretical statistical risk moves closer to zero.

Also despite the advances in knowledge around HIV transmission, people living with HIV still face considerable stigma and discrimination as a result of their diagnosis, which could act as barriers to seeking testing and treatment, as well as towards disclosure of their infection to sexual partners. Studies aimed at identifying effective ways to reduce stigmatizing attitudes and behaviours will be important to encouraging more people to know their status, engage in the care continuum, and receive appropriate treatment and support.

Response: If readers are interested in the legal aspects of the work undertaken, we would encourage them to refer to Justice Canada’s 2017 report “Criminal Justice System’s Response to Non-Disclosure of HIV” to find out more about its suggested best practices for the development of new responses to HIV non-disclosure cases, based in part on our findings. This includes its conclusion (outlined in our paper) that the criminal law should not apply to persons living with HIV who have sex without disclosing their status if they have maintained a suppressed viral load (i.e., under 200 copies per millilitre of blood) and should generally not apply to persons living with HIV who are on treatment, are not on treatment but use condoms, or engage only in oral sex.

None of the authors involved in our project have any relevant disclosures.

Risk of sexual transmission of human immunodeficiency virus with antiretroviral therapy, suppressed viral load and condom use: a systematic review