28 Apr You May Have Inherited Your Sweet Tooth 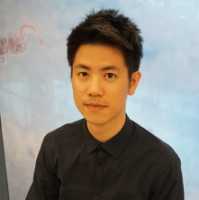 Response: The aim of the this study is to understand the genetic basis of human taste perception. In this international collaboration project, we started by collecting sensory data from twins in the Australia and USA since 2003. Based on the difference in the genetic relatedness between identical and non-identical twins, our previous studies have quantified the amount of genetic influence on sweet taste perception (https://doi.org/10.1017/thg.2015.42) as well as the other sensory phenotypes (https://doi.org/10.1093/chemse/bjs070).

Response: The main findings from current study (https://doi.org/10.1093/ajcn/nqz043) include multiple genetic variants that are associated with the perceived intensity of sugars (i.e. glucose, fructose and sucrose) and high-potency sweeteners (aspartame and neohesperidin dihydrochalcone). Many of them are within genes whose protein products act in the brain, including a receptor of neurotransmitter. With sugar intake data from the UK Biobank, we further showed a genetic association with the well-studied FTO gene, which has been repeatedly associated with obesity-related traits.

What surprised us was that the previously reported associations between sweet taste receptor genes (i.e. TAS1R2 and TAS1R3) and sweet perception/intake could not be replicated in all three large cohorts of European ancestry in our study. We found that the allele frequencies of the genetic variants within sweet taste receptor genes are very different between African Americans and other populations.

Response: Both sweet taste perception and sugar consumption behaviour are complex traits that are influenced by many genetic variants of small effects. There are different molecular mechanisms underlying the sweet perception and consumption. Genes apart from the peripheral sweet taste receptor system, in particular those in the central nervous system, also play an important role.

Response: Taste perception has a large impact on our food choices and hence nutrients intake. Findings from this study could be used to investigate aetiologies of eating disorders and to improve dietary behaviours.

Response: We would like to thank all the participants and their families, including twins who attend our booth at the annual Twin Festival in Twinsburg, Ohio, USA in the past couple years, twins from Queensland, Australia and the all UK Biobank participants.