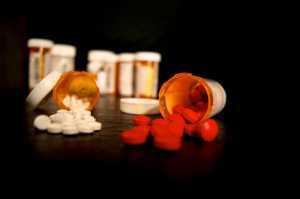 Response: The Province of British Columbia, Canada, has experienced a tremendous increase in the number of opioid related overdoses and deaths. In 2012, there were 269 drug overdose deaths, five years later in 2017 the overdose deaths are predicted to have increased 500%. Toxicology studies of deaths, and examination of seized drugs indicate fentanyl is the major cause.

These indirect measures suggest widespread exposure to fentanyl in opioid users, however direct studies of the extent of exposure of opioid users to fentanyl in the community are lacking. We carried out a community-based, longitudinal study using fentanyl testing in urine samples from volunteer participants. (It is called the “Hotel Study” since many of the participants live, or have lived in single room occupancy hotels)

Response: In March, 2017, about 45% of urine samples from opioid-using participants tested positive for fentanyl, by June-July this climbed to 100%. During the steep rise in samples testing positive, from March to April, calls to first responders for overdoses in the study neighborhood rose, and overdose deaths in Vancouver increased. Both these indicators of the effects of fentanyl declined by July – although fentanyl was present in 100% of urine samples from study participants. As well, we noted that while over half of the participants were being prescribed opioid agonist therapy (methadone, hydromorphone, buprenorphine, morphine, or heroin), the majority of these individuals also had fentanyl-positive urine samples. None were being prescribed fentanyl. Finally, there were six deaths among the 237 participants over the 5-months of the study – overdoses were the suspected cause in four.

Response: The steep rise followed by a gradual decline in overdose calls and deaths may suggest tolerance to fentanyl was developing as exposure to the drug became universal among opioid users.

Finally, our opioid users had a high level of comorbid mental illness – over half with psychosis at baseline, and more than one-third with mood disorders. Co-occurring use of cocaine or methamphetamine was over 90%. Comprehensive, integrated treatment of substance use and mental illness is needed for the complex illnesses affecting these participants.

Response: The opioid-using participants in our study were in their mid-40s, and first used opioids in their late teens. Over half were injection users. Research can contribute to the opioid crisis by providing local information to guide development of personalized care. Establishing and maintaining studies such as ours could serve a “sentinel” function to allow early identification of risk, as new synthetic drugs become available in diverse communities.