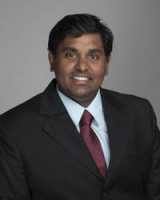 Response: Repetitive head trauma has been shown to be a risk factor for various neurodegenerative disorders, mood swings, depression and chronic traumatic encephalopathy. There has been a significant amount of research into identifying an imaging biomarker of mild traumatic brain injury (mTBI) due to repetitive head trauma. Unfortunately, most of the biomarkers have not been able to find a successful translation to clinics. Additionally, the quest for the mTBI imaging biomarker especially using Magnetic Resonance Imaging (MRI) techniques has been done by looking at either the gray matter (T1-weighted) or the white matter (Diffusion Tensor Imaging) independently; and both have shown changes that are associated with repetitive head trauma.

Hence in this study, we wanted to investigate if combining gray matter and white matter information enables us to better predict the fighters who are more vulnerable to cognitive decline due to repetitive head trauma. Our method found seven imaging biomarkers that when combined together in a multivariate sense were able to predict with greater than 73% accuracy those fighters who are vulnerable to cognitive decline both at baseline and follow-up. The imaging biomarkers were indeed a combination of gray and white matter measures of regions reported previously in the literature. A key point in our study was we found the regions predicting cognitive decline without enforcing any assumptions on the regions previously reported.

Response: The key take-home message is that the statistical power of identifying and tracking cognitive impairment due to repetitive head trauma with the help of MRI techniques is significantly improved if the information that is present in individual MRI techniques is investigated using a multivariate approach. The regions that were identified using the multivariate approach showed that the integrity of the regions declined over time and that our approach was more powerful than the clinical neuropsychological assessment scores.

Response: As is already known, different MRI techniques provide different MRI signatures of the underlying biophysical environment of the tissue. If a researcher has the resources to acquire various MRIs providing information about the different environment of the underlying tissue structure, then instead of looking at the data in a univariate sense, the researcher can increase the statistical power of detection and its interpretation for the hypothesis of interest if the data is investigated using a multivariate approach.

Response: We would just want to thank all the fighters who participated in the study along with MR technologists and support of the various research assistants without whom it is difficult to complete the current part of the study. Also, we would like to thank Lincy Foundation and National Institutes of Health Institutional Development Award under grant number 5P20GM109025. None of the authors have anything to disclose related to the present article.