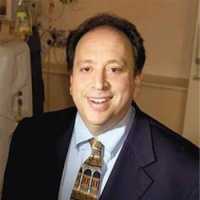 Response: Iron deficiency is common in persons with moderate to advanced (non-dialysis-dependent) chronic kidney disease (CKD), for a variety of reasons. Conventional iron supplements tend to be poorly tolerated and of limited effectiveness. In earlier studies of patients treated with ferric citrate for its effect as a phosphate binder, we saw increases in transferrin saturation and ferritin (markers of iron stores) and hemoglobin and hematocrit (the “blood count”). Therefore, we thought we should test the safety and efficacy of ferric citrate specifically for the treatment of iron deficiency anemia (IDA).

With respect to the key findings, more than half (52%) of patients treated with ferric citrate experienced a sizeable (>=1 g/dL) increase in hemoglobin over the 16-week study period compared to fewer than one in five (19%) patients treated with placebo. Rates of adverse events (“side effects”) were similar to placebo; diarrhea in some patients and constipation in others were the most common. There were also favorable effects of ferric citrate on laboratory metrics of bone and mineral metabolism.

Response: The most important “take-away” message is that ferric citrate, a novel oral iron formulation, can correct anemia in many patients with non-dialysis-dependent chronic kidney disease.

Response: We carefully designed the study to characterize the safety and efficacy of a relatively rapid up-titration of ferric citrate, avoiding exposure to conventional oral iron formulations, intravenous iron, and erythropoiesis stimulating agents (ESAs). Previous studies have demonstrated favorable effects on mineral metabolism and diminished need for intravenous iron and ESAs in patients receiving dialysis. Additional studies could address alternative dosing strategies (e.g., a lower fixed dose with meals, or a once daily dose). These studies may be particularly useful in the care of patients with mild IDA, or in an effort to prevent the development of IDA as kidney function declines. It would also be of interest to study effects of ferric citrate on other manifestations of iron deficiency, including restless leg syndrome and heart failure, and in populations with IDA and normal kidney function.