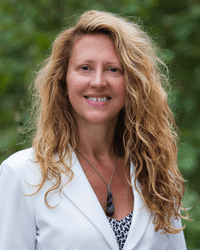 Response: Tranexamic acid (TXA) has been increasingly used in trauma patients since publication of the CRASH-2 trial in 2010 demonstrated a survival benefit for patients at risk for traumatic hemorrhage. Subsequently, it was shown that the earlier TXA was administered, the better the outcome. There had been several small studies suggesting that TXA may also be beneficial in patients with traumatic brain injury (TBI), however, an adequate prospective randomized trial was needed.

In this trial we randomized over 1000 patients with moderate and severe TBI as early as possible after injury (by paramedics in the prehospital setting an average of 42 minutes after injury) to either a 1-gram TXA bolus followed by a 1-gram 8-hour TXA infusion (the dose typically used for trauma patients), a 2-gram TXA bolus only (a logistically easier route of administration requiring no maintenance infusion), or placebo only.

Furthermore, patients who received the 2-gram TXA bolus also demonstrated improved 6-month neurologic outcome based on the Disability Rating Scale score but not based on the Extended Glasgow Outcome Scale score compared to the other two groups. Finally, there was no difference in thromboembolic complications between groups but patients who received a 2-gram TXA bolus had a higher rate of seizure-like activity.

Response: While it appears that a 2-gram bolus of TXA administered within 2 hours of injury improves survival in patients with moderate or severe TBI and intracranial hemorrhage, it remains unclear whether this translates into improved long-term neurologic outcome. Given the concomitant increase in seizure-like activity, more research is needed to further clarify these findings.