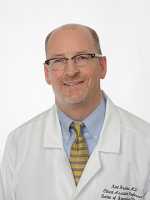 Response: The racial disparity in breast cancer mortality emerged in the US in the late 1980s in the wake of widespread implementation of mammography screening and the development of successful systemic adjuvant therapies for early breast cancer. Unfortunately, more than three decades later, Black women in the US still have a 40% higher mortality rate from breast cancer compared with non-Hispanic White women despite similar disease incidence. Health disparities research has primarily focused on the fact that Black women have a higher incidence of the aggressive triple-negative subtype, and that they are more likely to present with more advanced stages of disease. As important as those factors are, in recent years our group and others reported that Black women with hormone receptor-positive breast cancer have worse survival than non-Hispanic white women even after adjustment for stage at diagnosis and treatment. Since nearly 2/3 of breast cancers in Black women are hormone receptor-positive, this is a significant contributor to the overall mortality disparity. Importantly, these studies also suggested that Black women disproportionately develop biologically aggressive forms of hormone-dependent breast cancer, which is typically considered a more favorable disease subtype.

Using data on more than 70,000 patients from the SEER registry that is linked to data from Genomic Health Laboratory, which provides the Oncotype DX recurrence score (the most commonly ordered prognostic/predictive multi-gene expression assay for early breast cancer), we set out to address three questions:

1) is there evidence of disproportionately aggressive tumor biology among Black women with hormone receptor (HR)-positive breast cancer, as reflected in the Oncotype DX recurrence score?

2) Is there a racial survival disparity even among patients with early stage, axillary node-negative tumors with comparable recurrence scores on the Oncotype assay? and

We also found that Black women with axillary node-negative tumors had a 66% higher rate of breast cancer death overall. Within each recurrence score risk category, Black women were 1.5-2.5 times more likely to die from breast cancer compared with non-Hispanic white women, even after adjusting for age, tumor size, and treatment (initiation of surgery, radiation, and chemotherapy). Importantly, the SEER dataset does not collect information on use of endocrine therapies, which is an important limitation of this study.

Finally, we found that the Oncotype assay has lower prognostic accuracy in Black compared with non-Hispanic white women. This suggests that genomic assays, like the Oncotype assay, that are used to make decisions on the use of chemotherapy in early breast cancer need to be re-calibrated for women from racial/ethnic minority groups.

Response: I think the main message here is that even among women with presumably favorable prognosis breast tumors (HR-positive, axillary node-negative), Black women die from their cancer at a significantly higher rate than women from most other racial/ethnic groups, even after controlling for treatment and known prognostic variables (including the Oncotype recurrence score). Tumor biology plays an important role, but it is probably not the only factor underlying this disparity. Social determinants of health are almost certainly a major driver of this disparity as well, and the finding of a biologic component cannot allow us to take our eye off the critical role of social factors that are at the root of health disparities.

Response: The most immediately impactful research would be studies that formally test the calibration of multigene expression assays that are used to make chemotherapy decisions for early breast cancer in racial/ethnic minority groups. These assays may require re-calibration in order to provide the most accurate prognostic and predictive information for patients from minority groups. Over the longer term, it will be important to determine the underlying drivers of disproportionately aggressive tumor biology, and to conduct studies that examine the intersection between social determinants of health (SDH) and tumor biology. What are the non-biologic contributions of SDH to worse outcomes in Black women with early stage, HR-positive breast cancer, and do social determinants influence tumor biology? Ultimately this research will inform precision medicine approaches to therapy that target molecular drivers of disproportionately aggressive tumor biology in Black women with hormone-dependent breast cancer.

Response: I think this study highlights once again the far-reaching deleterious effects of biomedical research that does not have adequate representation of individuals from racial/ethnic minority groups in the formative stages of research, whether that research is to develop innovative diagnostic and prognostic tests or new therapeutic approaches.

I have received research support from Pfizer, Inc., which was not involved in the conception, design, data acquisition or analysis for this study and did not provide any funding for this study.