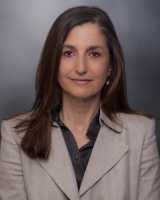 Dr. Gunderson: Gestational diabetes mellitus (GDM) is a disorder of glucose tolerance affecting 5-9 percent of all U.S. pregnancies (approximately 250,000 annually), with a 7-fold higher risk of progression to type 2 diabetes. Strategies during the postpartum period for prevention of diabetes focus on modification of lifestyle behaviors, including dietary intake and physical activity to promote weight loss.

Lactation is a modifiable postpartum behavior that improves glucose and lipid metabolism, and increases insulin sensitivity, with favorable metabolic effects that persist post-weaning. Despite these metabolic benefits, evidence that lactation prevents type 2 diabetes remains inconclusive, particularly among women with gestational diabetes mellitus (GDM). Among women with GDM, evidence that lactation prevents diabetes is based on only two studies with conflicting findings.

The Study of Women, Infant Feeding and Type 2 Diabetes after GDM Pregnancy, also known as the SWIFT Study, is the first to measure breastfeeding on a monthly basis during the first year after delivery and the first to enroll a statistically significant number of women with gestational diabetes, and to evaluate social, behavioral and prenatal risk factors that influence development of type 2 diabetes, as well as breastfeeding initiation and success.

Dr. Gunderson: Women with gestational diabetes who exclusively or mostly breastfed for at least two months, and those who continued to breastfeed for several months, were half as likely to develop type 2 diabetes within two years after delivery.

The study enrolled more than 1,000 Kaiser Permanente members in Northern California who were diagnosed with gestational diabetes during pregnancy between 2008 and 2011. The SWIFT cohort was racially and ethnically diverse with 75 percent of the women reporting Hispanic, Asian or African-American heritage. In-person exams, which included oral glucose tolerance tests, were conducted at six to nine weeks after delivery as women enrolled in the study, and again at one year and two years post-delivery in those who did not have diabetes at baseline.

Almost 12 percent of women in the study developed type 2 diabetes within two years after delivery. Those who exclusively formula-fed their babies at six to nine weeks of age were more than twice as likely to develop diabetes as women who exclusively breastfed their infants. There was a graded 35-57 percent reduction in the two-year diabetes incidence associated with greater lactation intensity — from exclusively formula-feeding to exclusively breastfeeding, and with increasing lactation duration — from less than two months to more than 10 months of breastfeeding.

Dr. Gunderson: Currently only 40 percent of U.S. women report exclusively breastfeeding at three months, and by six months, only 50 percent are breastfeeding at all. Breastfeeding promotion may be a practical, low-cost intervention during the postpartum period to prevent diabetes in high-risk women, with the potential for benefits that are complementary to lifestyle interventions targeting weight loss.

Modification of lactation behaviors to increase intensity and duration should be considered a high priority for pregnant and postpartum women with gestational diabetes mellitus given their lasting metabolic benefits. Our findings support the greater allocation of healthcare resources to promote and support exclusive and extended breastfeeding among women at high risk for progression to diabetes in midlife.

Dr. Gunderson: More research is needed to identify the potential biochemical and metabolic mechanisms to explain the lower incidence of diabetes with higher intensity and duration of lactation. In addition, more funding to follow women beyond the two-year period of this study would help to determine how long the protective benefits of lactation last among women who have had a gestational diabetes pregnancy.