01 Jun Could Oxytocin Be a Social Equalizer? 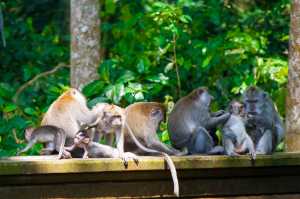 Response: Oxytocin (OT) and arginine vasopressin (AVP) are important neuropeptides known to influence social behaviors in a wide array of mammals. In humans, OT is widely referred to as the ‘prosocial’ hormone and is thought to promote social functions in neurotypical individuals as well as those diagnosed with autism spectrum disorder (ASD). Currently, dozens of ongoing clinical trials in the US are trying to evaluate the therapeutic potential of these neuropeptides in remedying social deficits associated with disorders such as ASD. Yet there are significant gaps in our knowledge especially regarding the neurobiological basis of OT and AVP function. Most importantly, we are unclear which brain areas and pathways these neuropeptides act on to influence social behavior. Additionally, due to strong similarity in molecular structure, OT can bind to AVP receptors with high affinity and vice versa, making it difficult to rule out the possibility that, for example, the behavioral effect of exogenous oxytocin is mediated through the AVP system. Both of these questions have been thoroughly investigated in rodents, but unfortunately the same thing cannot be said for humans.

Our study aims to bridge the gap between rodent and human literature on neuropeptide function by studying rhesus macaque monkeys. These monkeys resemble human beings not only in their social behaviors, but also in the neural network that is supporting those behaviors. In this study we show that treating one male macaque monkey intranasally with aerosolized OT relaxes his spontaneous social interactions with another monkey.

Response: The most important result is that oxytocin and AVP flattens the preexisting dominance order within a monkey colony. Dominance is a very crucial part of a monkey’s social life, and a lot of resources are devoted to establishing the dominance order and acting accordingly. We found that after OT and AVP treatments the dominance order is flattened, meaning that what used to be very subordinate monkeys become bolder and more self-assertive, whereas what used to be big alpha males become a little more relaxed and easygoing after the treatments. The other really important thing is that oxytocin and AVP can alter the behavior of not only the treated monkey but also his untreated partner, and this is due to the treated monkey exhibiting an increased sensitivity and responsiveness to the other monkey’s behavior. Finally, our injection results together with the inhalation experiments strongly implicate the AVP system in partially mediating the prosocial effects of oxytocin.

Response: These findings bear important implications for use of neuropeptides in both basic research and as a therapy for social impairments in disorders such as ASD. First of all our study highlights the importance of further investigating the AVP system as opposed to OT, which up to this point has received the most attention in human literature. Our study also clearly demonstrates that changing the behavior of one individual through neuropeptide treatment will in turn alter the behaviors of those around him/her, thus changing the overall social environment. It is therefore important for future studies of neuropeptide function to include large groups of subjects and measure behavioral changes in the entire group.