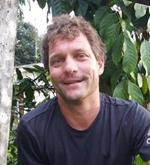 Response:  Cross‐species transmission of harmful viruses between animals and humans is a major source of infectious diseases and a considerable global public health burden. We assessed patterns of virus sharing among a large diversity of mammals, including humans and domestic species.

Response: Analysing the associations between 1,785 virus species and 725 mammalian host species, we show that domesticated mammals hold the key to the spread of viruses among humans and wildlife.

We also found that the patterns of how viruses are shared between humans and wildlife species differs between the two major groups of RNA and DNA viruses: Carnivora and Chiroptera hold central positions for mainly sharing RNA viruses, while ungulates hold central positions for sharing both RNA and DNA viruses with other host species. DNA viruses were found to be more host specific than RNA viruses in terms of the phylogenetic and functional diversity of mammalian hosts, signifying the high potential for RNA viruses to shift across hosts with different ecological niches.

Response: Many of the current and future viral threads are linked to viruses that circulate in different animal species, connecting humans and mammal species into a huge network of who shares viruses with whom. Apparently, domesticated animals include species from different taxonomic and functional groups of animals and are not particularly distinguished from wildlife, so the fact that these animals are dominant in sharing viruses with other species means that frequent virus acquisition and dissemination is likely facilitated by the way humans and companion animals encroach into wildlife habitat.

Response: Our research reveals insights into the crucial role of domestication status and species traits on the virus sharing among mammals, and we also showcased the less frequent sharing of DNA viruses by bats and carnivores, in contrast to primate and ungulate species that readily share both RNA and DNA viruses.

Future research should perhaps better take into account that the emergence of new infectious diseases through pathogen spillover is a hierarchical process: cross‐species transmission of viruses is enabled by ecological factors that determine the contact opportunity between different hosts. Once a virus jumps to a new species, however, ecophysiological and genetic factors control host adaptation and the persistence of the virus in the new host, which requires the virus to successfully replicate. Future research that better accounts for virus factors might shed further light on why different types of viruses spread differently among phylogenetic and functional groups of mammals and humans.

Response: A large proportion of infectious diseases affecting humans a spread from other animals, including pets and livestock. Understanding how, when, where, and why pathogens spill over into humans and preventing future epidemics is a tremendous challenge – myriads of pathogens and the way they may interact with humans remain undiscovered and what exactly allows some viruses to more efficiently colonize a larger range of different host species isn’t well understood.