MedicalResearch.com: What is the background for this study? How is alteplase related to and affect nerinetide?

Response: Cerebral neuroprotection for acute ischemic stroke (AIS) is defined as a therapy aimed at enhancing the brain’s resilience to ischemia to improve the clinical outcome of affected individuals. Although traditionally aimed at the salvage of neurons, this term may be equally applicable to all the cellular constituents of the brain, including cells of cerebral blood vessels, neurons, and glia. Pharmacological neuroprotection (hereafter referred to as neuroprotection) would be achieved by drugs targeting one or more critical components of the ischemic cascade that lead to ischemic damage. The feasibility of neuroprotection has a strong basis in animal experiments, but research for several decades has failed to translate neuroprotective treatments from animals to humans. The disappointing results of all controlled clinical neuroprotection trials for AIS have cast doubts as to whether neuroprotection in humans is biologically possible and, given the complexities of human stroke syndromes, whether it is a clinically practicable therapy for patients experiencing AIS in the community.

In the case of neuroprotection trials for acute ischemic stroke, all to date have failed to demonstrate a clinical benefit of the study agent. Our review of studies since the year 2000 shows that many were not conducted in accordance with the animal studies that supported efficacy. They enrolled a heterogeneous subject population with varying (small and large) vessel occlusions and without knowledge of the degree of completed infarctions. Most had not implemented a strategy to ensure that the treatment effect size was maximized, and all in-hospital trials enrolled in treatment windows that exceeded 4 hours, at which an important proportion of enrolled subjects cannot respond to treatment because they no longer have salvageable brain.

The ESCAPE-NA1 addressed past deficiencies of AIS trials. It was based on a sound scientific foundation including extensive animal studies, and capitalized on the designs that led to success in AIS trials of endovascular thrombectomy. ESCAPE-NA1 enrolled patients proven by these past trials to have salvageable brain at the time that the treatment was given, and tested the drug in an ischemia-reperfusion scenario in which it was anticipated to be most effective. The enrollment was over 12 hours, but only including patients who had medical imaging suggestive that they still had salvageable brain.

Alteplase is an agent that activates the protease plasmin in the bloodstream. Plasmin cleaves peptides at certain spots within their structure, and it is a known biological fact that plasmin is able to cleave nerinetide. What was not known at the time of the trial was the degree to which this would reduce nerinetide plasma leves in humans, and the impact that this would have on the therapeutic effects of nerinetide. This is why we conducted a very large trial in which the participants’ enrollment was stratified according to whether or not they received alteplase. This ensured that there was good balance within each stratum, thereby enabling us to make more robust conclusions. 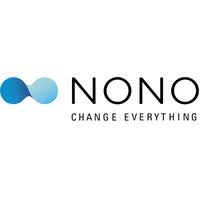 Response: The main findings are that there was no effect of nerinetide in subjects that received alteplase, and this is likely because plasmin (the product of alteplase) cleaved nerinetide and inactivated it. However, in subjects that did not receive alteplase, treatment with nerinetide increased the proportion of patients who had a good functional outcome by 9.5% (a relative improvement of 19% over the placebo group), reduced mortality by about 40%, and reduced the volume of the strokes by about 22%.

Response: Readers should take away that the study has shown promising and medically important effects of nerinetide in patients with devastating strokes, and that such effects may lead to a new treatment for stroke that can provide more patients with opportunities for a better life.

Response: The future seems bright for nerinetide. The first and only approved drug for stroke, alteplase, was approved about 25 years ago, and today there are still studies ongoing with alteplase to further refine and define its uses. It is therefore likely, now that nerinetide appears so promising, that there will also be additional studies with nerinetide in stroke, and perhaps in other neurological disorders.

Response: All neuroprotection trials prior to ESCAPE-NA1 have failed to find clinically meaningful effects on neurological function and mortality. The promising results of ESCAPE-NA1 bode well for the development of new classes of treatments for patients with stroke.