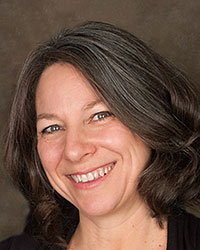 Dr. Nommsen-Rivers: Breastfeeding provides important benefits for mother and infant. Exclusive breastfeeding—that is, without any other food or fluids provided to the infant—is recommended for the first six months of life by multiple public health organizations. Some mothers, despite their best efforts, have difficulty establishing and sustaining sufficient milk production to support exclusive breastfeeding. Our previous research suggested that mothers with less optimal glucose tolerance are at risk for prolonged delays in time between birth and the establishment of copious milk production. We wanted to extend this finding by probing if mothers who had diabetes in pregnancy, as a sign of less optimal glucose tolerance, are at greater risk of sustained low milk production. “Glucose tolerance” refers to the body’s ability to metabolize glucose and maintain a healthy blood sugar level, which is orchestrated by the hormone insulin. For a long time, we did not consider insulin to play a role in milk production, but we are now learning that insulin plays an essential role in milk production.

Dr. Nommsen-Rivers: We found that among women seeking care at our Breastfeeding Medicine Clinic, those who received a diagnosis of low milk supply were significantly more likely to have had diabetes in pregnancy (primarily gestational diabetes) as compared to women who received a diagnosis related to difficulty with how the infant fed at the breast (latch difficulty). These results suggest that the same factors that affect maternal glucose tolerance may also influence the efficiency of milk production in the mammary gland.

Dr. Nommsen-Rivers: The existing dogma tells mothers that as long as you breastfeed frequently and thoroughly, you will make enough milk. However, our results suggest a physiologic link between maternal insulin action and vulnerability to insufficient milk production. Thus, some mothers, despite their best efforts, will have difficulty making enough milk, and it’s important that clinicians not be dismissive of the very real struggles of these women.

Dr. Nommsen-Rivers: The role of insulin in human milk production is poorly understood. We have no studies to date that have directly examined how insulin secretion and insulin sensitivity impact human lactation. A major risk factor for insulin resistance and glucose intolerance is obesity, and we are currently in the  midst of a maternal obesity epidemic. In some areas of the United States, as many as 1 in 3 women of reproductive age are obese. There is an urgent need for clinical research to determine how variations in insulin secretion and sensitivity across childbearing women affect their ability to establish and sustain exclusive breastfeeding. Not all women with diabetes in pregnancy will experience low milk production, and some women who did not have diabetes in pregnancy do experience low milk production. Thus, future research needs to address how to identify—prior to childbirth—who is at risk for low milk production due to suboptimal glucose tolerance so that targeted therapies may be developed and tested to improve lactation in metabolically vulnerable women.

Dr. Nommsen-Rivers: As the evidence in support of breastfeeding continues to accumulate, more and more women feel a strong desire to succeed at breastfeeding. For some women, not being able to reach their goal of exclusive breastfeeding is devastating. It is terribly unjust to promote “breast is best” and yet have little to offer women who are not able to improve their milk production despite frequent and thorough breastfeeding and/or breast pumping. We have hundreds of clinical studies that relate insulin action to male reproductive function, it’s time for greater attention to how insulin action impacts lactation, which is a core aspect of female reproductive function.

A Case Control Study of Diabetes During Pregnancy and Low Milk Supply.