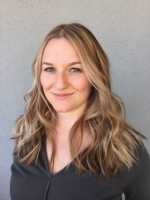 Our main findings are:

Response: While we have made significant strides to reduce heart disease mortality overall, certain populations are being left behind in this progress. Particularly, the most vulnerable such as the lowest-income counties. Although we do note improvements in mortality for most groups, our results reiterate the importance of continued efforts to bridge the health gaps between diverse populations. For populations already transitioning to cancer mortality as the leading cause, tailored healthcare and preventive strategies may need to be introduced as a result of these and other recent findings.

Response: We did not account for prior common factors influencing county income and mortality, such as local tax policies and regulations, heath care access, etc. The goal of our study was to provide a description of mortality patterns rather than attempting to estimate a causal relationship, but this is an important next step.  This transition is complex due to the large overlap in risk factors for these chronic diseases, and may be explained by various socioeconomic/demographic, geographic, and political factors that we were unable to uncover in this analysis.

Response: Other notable findings include an overall increase in all-cause mortality for only American Indians/Alaskan Natives over the study period. Recent reports have also described this finding, and warrants a call to action to address this disparity.