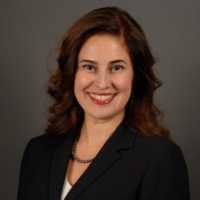 Response: Nonmelanoma skin cancer – defined as basal cell carcinoma (BCC) and squamous cell carcinoma (SCC) – is a common malignant condition, affecting more than 2 million Americans every year. BCCs are more common than SCCs among individuals with healthy immune systems, while SCCs are more predominate than BCCs among people who are immunocompromised.

We examined how laboratory markers used to evaluate HIV disease progression may be associated with subsequent nonmelanoma skin cancer risk in white patients previously diagnosed with at least one such cancer from 1996 to 2008.  We measured CD4 count, viral load and subsequent nonmelanoma skin cancer. The study included 455 participants with HIV and 1,952 without HIV. All were members of the Kaiser Permanente Northern California health care plan.

Response: Patients with HIV – compared to those without HIV –  with a recent biomarker of severe immune deficiency (CD4 count less than 200 cells/mL) and higher viral loads had an increased risk of subsequent nonmelanoma skin cancer overall and of SCC in particular, suggesting that subsequent SCC risk is associated with immune dysfunction.

Response: Clinical implications of our findings suggest a potential benefit from targeted monitoring for SCC among HIV-infected individuals, particularly those with low CD4 counts or high VLs.

Disclosures: Dr. Asgari and Dr. Quesenberry have served as investigators for studies funded by Valeant Pharmaceuticals and Pfizer Inc, Mr. Ray has had research funding from Pfizer Inc, Merck and Co, Genentech and Purdue Pharma, and Dr. Katz is a shareholder in Synta Pharmaceuticals Corp. and Arrowhead Research Corp.  None of these associations have influenced the work on this paper.