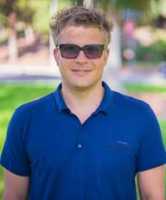 Response: In recent years the drug ketamine, which has been used safely as a dissociative anaesthetic for decades, has gained widespread interest in the field of psychiatry for its use as an antidepressant at low doses. In 2019 the FDA finally approved a nasal spray that delivers ketamine to patients with untreatable clinical depression.  Now, such patients go to the appropriate clinical setting and receive ketamine treatments, though this is not required daily for an effective outcome. In fact, studies have found that a single low dose ketamine treatment can result in beneficial improvements in mood that last for several days or even weeks. This suggests that ketamine treatment induces significant neural plasticity in the brain.

Response: Our group, the Xiangmin Xu laboratory, at the University of California, Irvine (UCI) has uncovered the mechanism of action by which a single low dose of ketamine induces neural plasticity in the brain, or at least in the visual cortex. The visual cortex has a “critical period” during development, which is a window of time in which neural circuits are highly plastic.  If one eye has poor inputs during this critical period, the brain will ultimately ignore that eye, resulting in permanent non-reversible vision loss, a condition known as amblyopia or “lazy eye”. To our amazement, experimental animals which were made to have a  lazy eye, recovered vision in that eye even as adults if given a ketamine treatment. This unequivocally proves the potential of ketamine to induce significant levels of neural plasticity.

We then determined the mechanism by which ketamine is able to do this. We had a hunch that the most common inhibitory neuron in the brain, the parvabumin interneuron, might be involved, as other researchers had already discovered that ketamine disinhibits the brain. Therefore, we tested this hypothesis and discovered that ketamine treatment did reduce parvalbumin interneuron activity, resulting in disinhibition of the visual cortex, an effect considered to be a precursor to neural plasticity.

Then, after having combed through the existing literature some more, we discovered that ketamine had been shown to modulate the expression of a gene called neuregulin1 (NRG1), which regulates parvalbumin interneuron activity! We synthesized all of these findings and tested if ketamine-mediated neural plasticity depended on NRG1 signaling at parvalbumin interneurons, which was indeed the case. We then excitedly sent off our results to the prestigious journal Current Biology.

Response: Our laboratory group always keeps the potential of our research to benefit real people as our guiding principle. Therefore, we are highly motivated to apply our findings towards the understanding and treatment of post-traumatic stress disorder (PTSD).

Response: We have no disclosures, but would like to thank the National Eye Institute (NEI) and the National Institute of Mental Health (NIMH) for their support.