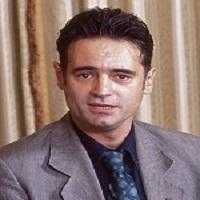 Response: The rationale of the Treat Stroke to target trial was that after we published the SPARCL trial in 2006 (atorvastatin 80 mg/day vs placebo in patients with stroke) which showed a 16% relative risk reduction of recurrent stroke, we performed several pre specified and post hoc analyses, showing that in SPARCL patients randomized with “atherosclerotic disease” the risk reduction for the primary endpoint was much higher (33%), and in in patients achieving a LDL cholesterol of less than 70 mg/dL as compared to those achieving a LDL cholesterol 100 mg/dL or higher, the risk reduction was 28%.

Therefore to confirm this findings, we designed the TST trial, which was an investigator initiated trial funded by the french ministry of health,  and enrolled patients with an ischemic stroke due to atherosclerotic stenosis and randomized them to either a target LDL cholesterol of less than 70 mg/dL or a target LDL cholesterol of 90 to 110 mg/dL. To achieve these goals, the investigators could use any statin available on the market, and titrate the dosage of the statin to get to the assigned target. They could also use ezetimibe on top of statin therapy if a high dosage of statin was not sufficient to get to the target level assigned by randomization.

Response: The result was that the average LDL cholesterol in the higher target LDL level group was 96 mg/dL, and it was 65 mg/dL in the lower target LDL level group. After 3.5 years of follow-up, the risk of the primary endpoint (ischemic stroke, undetermined stroke, myocardial infarction, urgent coronary or carotid revascularization following new symptoms, and vascular death) was 10.9% in the higher target group and 8.5% in the lower target group, yielding a significant 22% relative risk reduction (adjusted hazard ratio 0.78 (95%CI, 0.61 to 0.98, P=0.036).

Response: The main message of this trial is that we can avoid 1 recurrence in 5 in patients with a stroke due to atherosclerotic disease, and for that we should target a LDL cholesterol of less than 70 mg/dL using statin or statin plus ezetimibe, regardless of the dosage of the statin which need to be titrated to get to that level.

Response: This study showed that a LDL cholesterol lower than 70 mg/dL reduced the risk of recurrent major vascular events as compared to a target of 100 mg/dL. We now should trial an even lower LDL cholesterol level such as less than 55 mg/dL or even 30 mg/dL by using more potent lipid lowering drugs such as PCSK9 inhibitors or equivalent.

My disclosures are that I have received grants from Pfizer, AstraZeneca and Merck, and I received honoraria from Amgen and Sanofi.