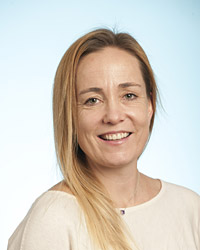 Dr. Bowers: Autism spectrum disorder (ASD) affects approximately 1 in 68 children and the prevalence continues to rise. Past studies have suggested that conditions experienced by women during pregnancy (for example, obesity and gestational diabetes mellitus (GDM)) may be associated with having a child with ASD. We collected medical record data from patients who resided in the Cincinnati Children’s Hospital Medical Center’s primary catchment area and linked those data to data from birth certificates to identify metabolic risk factors. Two comparison groups were analyzed; one with developmental disabilities; and the other, controls without a reported ASD or other developmental disability. Descriptive statistics and regression analyses evaluated differences.

We found that maternal obesity and  gestational diabetes mellitus were associated with an increased risk of Autism spectrum disorder in the offspring; however, no difference in risk of Autism spectrum disorder according to BMI and GDM was seen when comparing to the group with other developmental disabilities. The strongest observed association was the joint effect of obesity and GDM (compared to neither obesity nor GDM) :OR=2.53 (95% CI: 1.72, 3.73).

Dr. Bowers:  Several independent studies have now identified an association between maternal obesity, GDM and having a child with Autism spectrum disorder or another developmental disability. Future studies aimed at understanding what factors and or processes may underlie this association would be important and may provide insight into the etiology of  Autism spectrum disorder. Several hypotheses have been suggested, such as aspects of altered immune function or oxidative stress, but empirical evidence is lacking.

Dr. Bowers:  While the focus of this research was maternal metabolic conditions in pregnancy and Autism spectrum disorder, our paper also demonstrates the ability to utilize the vast amounts of existing clinical and administrative data to perform epidemiologic studies.