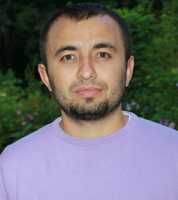 Dr. Mardinoglu: The functional output and diversity of the gut microbiota are important modulators for the development of various human disorders. Obesity, type 2 diabetes (T2D), atherosclerosis, non-alcoholic fatty liver disease (NAFLD) as well as the opposite end of the spectrum, for example, malnutrition have been associated with dysbiosis in the human gut microbiota. In our study, we investigated the interactions between the gut microbiota, host tissues of the gastrointestinal tract and other peripheral tissues as well as diet which are known to be highly relevant for the health of the host.

Through integration of high throughput experimental data, we revealed that the microbiota in the small intestine consumes glycine which is one of the three amino acids required for the synthesis of the glutathione. In order to confirm our predictions, we measured the level of the amino acids in the portal vein of the mice. We observed lower level of glycine in liver and colon tissues, and this indicated that the gut microbiota regulates glutathione metabolism not only in the small intestine but also in the liver and the colon tissues.

Dr. Mardinoglu: In our study, we found that bacteria in the small intestine have an effect on the host amino acid and glutathione metabolism and the glycine is the key metabolite in the synthesis of the glutathione in mice. Considering the imbalances in the human plasma level of glycine that have been previously shown in obesity, type 2 diabetes and NAFLD, and the decreased plasma levels of glycine in all subjects with the above-mentioned disorders compared to the healthy subjects, glycine may have a key role in the progression of such metabolism related disorders.

Dr. Mardinoglu: We recommend further investigations of the microbiota changes in the small intestine in response to the metabolism related disorders. This may be possible with the two steps bariatric surgery as it has been previously introduced (http://www.nature.com/articles/srep14841).

The effect of the glycine supplementation in the progression of these disorders as well as in the composition of the gut microbiota can also be investigated.