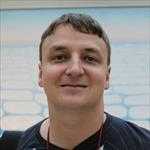 Response: Technology has changed the way men-who-have-sex-with-men (MSM) seek sex. Over 60% of MSM in the US use the internet and/or smartphone-based geospatial networking apps to find sex partners. Grindr™, a sophisticated geosocial networking app, is the most frequently used dating app among MSM in the United States. Previous research has shown that MSM who use Grindr™ have a greater frequency risky sexual behavior, and more sexual partners, but little is known about the association between Grindr™ use and prevention behavior such as the use of HIV pre-exposure prophylaxis (PrEP).

We evaluated risk behavior, PrEP use, and Grindr™ usage among MSM receiving community-based HIV and bacterial sexually transmitted infection (STI) screening in central San Diego. Participants who tested negative for HIV and who were not on PrEP were offered immediate PrEP.

Response: Given the higher risk behavior and greater acceptance of PrEP among Grindr™ users, PrEP promotional messages on the Grindr™ platform could enhance PrEP uptake, as well as increase testing for HIV and STIs. The surge of dating apps and their association with high risk sex, offers unique opportunities for broad delivery of prevention messages. GrindrTM may provide a real opportunity to reach those at risk and substantially increase PrEP awareness and uptake.

Response: One of the limitations of our study was that we did not collect data on the usage of other geospatial networking app platforms (such as Scruff, Hornet, etc.) which may be used by some of the participants and biased the results of comparisons between Grindr users and non-users toward the null. Nevertheless, with Grindr being the most popular app, it is likely that users of these other apps were also Grindr™ users.

Grindr™ on Screen Activity on iPhones Correlates with HIV Risk and Substance Use in Men Who Have Sex with Men, San Diego