31 Jan No Treatment for Zika Infections So Prevention is Key 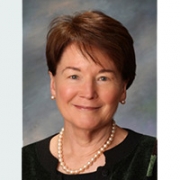 Medical Research: What is the background for this study?
Response: Zika virus infections are spreading explosively in the Americas. This flavivirus infection, spread by Aedes mosquitoes, is new to the Americas, so the majority clinicians have little knowledge of the infection and its potential complications. The country most affected so far is Brazil, where more than a million infections have been reported in less than a year. Infection has also spread to at least 20 other countries in the Americas (the Caribbean, Mexico, Central and South America). Prior to 2007 Zika virus was known to cause infections only in Africa and Asia. Since then, it has spread and caused epidemics in Micronesia, French Polynesia, Easter Island, and since 2015 in Brazil. Most of the movement of the virus from one region to another is via travelers who are infected and then are bitten by mosquitoes in a new region. 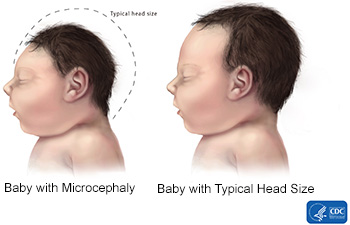 In Brazil an increase in cases of infants born with microcephaly (small head) has been noted coincident with the Zika epidemic, and the virus has been recovered from amniotic fluid and from fetal tissue, suggesting that Zika infection during pregnancy may cause microcephaly in the developing fetus. An increase in cases of Guillain-Barre syndrome has also been observed during this and previous outbreaks. Studies are underway to determine if Zika virus is the cause of microcephaly and Guillain-Barre syndrome.

Most countries in the Americas, including the United States, are infested with types of mosquitoes that are competent to transmit the virus, but weather conditions also have to be warm enough to permit the virus to disseminate in the mosquito so that it can be transmitted to another person.

The symptoms of Zika virus infection are typically mild and self-limited  – fever, aches, rash, and conjunctivitis. In fact, the majority of those infected have no symptoms. Because the virus can enter the bloodstream even in asymptomatic infected persons, there is concern that the virus could be spread by blood transfusion, if a person donates blood during the short period (probably a few days at most) when virus is in the blood.

Other reasons for the paper are to highlight what is known about some of the insect repellents and to point out important gaps in our knowledge of their use and urgent research needs.

Medical Research: What are the main concerns with hosting the Olympics this year in Brazil?

Response: Most individuals attending the Olympics will be susceptible to Zika virus so could be infected if bitten by a mosquito carrying the virus. They could become sick during or after the Olympic Games. A very small percentage might develop complications from infection. If a person returns to a country infested with mosquitoes that are competent to transmit the virus – and has the virus in the bloodstream after return – there is a small risk that the virus could be transmitted to others, if the weather is warm enough.

Fortunately, the Olympic Games fall during cooler and drier months in Brazil, a time when mosquitoes are less abundant and less likely to spread infections, such as dengue fever. Also, Brazilian officials are strengthening vector control activities in Rio de Janeiro to try to eliminate mosquito breeding sites and minimize the likelihood that local residents and visitors will be bitten by infected mosquitoes. An earlier article reviews some of the risks for travelers to Brazil.Wilson ME, el al.  Illness in travelers returned from Brazil: The GeoSentinel experience and implications for the 2014 World Cup and the 2016 summer Olympic Games. Clin Infect Dis 2014;58(15 May):1347-56.  DOI: 10.1093/cid/ciu122

Medical Research: What should clinicians and travelers take away from your review?

Response: Clinicians need to learn basic information about Zika virus infections so that they can recognize infections and advise patients how to prevent infection. There currently is no treatment for Zika infections, so preventing infection is key. The Zika story is rapidly evolving so they will need to follow CDC web site and other authoritative sources for updated information, including information for women who are pregnant or considering becoming pregnant and plan to travel. Travelers are also advised to seek updated information from CDC website. Those who will be traveling to areas experiencing outbreaks should take measures to prevent mosquito bites. Specific recommendations about repellents and other approaches are included in CDC yellow book ( http://wwwnc.cdc.gov/travel/page/yellowbook-home-2014/ )   and on the CDC website.

Dr. Wilson: The Zika virus is spread by the same mosquito that can spread dengue viruses and chikungunya virus. Those viruses also cause illness with fever and aches – and they are also currently present in Brazil and many other countries in the Americas. Blood tests are needed to make a specific diagnosis.

Work has already started to develop a vaccine, but it will be years before a vaccine is available. In the meantime, the focus must be on controlling the mosquito vector and preventing humans from being bitten.

Aedes and the triple threat of DENV, CHIKV, ZIKV – arboviral risks and prevention at the 2016 Rio Olympic games

Mary E. Wilson, MD (2016). No Treatment for Zika Infections So Prevention is Key