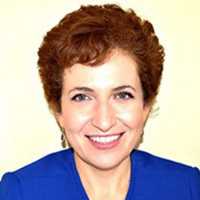 Response: In October 2009, the FDA, the National Eye Institute (NEI), and the Department of Defense (DoD) launched the LASIK Quality of Life Collaboration Project (LQOLCP) to help better understand the potential risk of severe problems that can result from LASIK. The project aimed to develop a tool to determine the percent of patients who develop difficulties performing their usual activities following LASIK, and to identify predictors for those patients.

At the time we developed our project, there was a limited amount of valid scientific data on certain patient-reported outcomes (PROs) related to LASIK. A PRO is a report of a condition experienced and reported by the patient, not the health care provider.

Most LASIK studies used tools, such as questionnaires, to assess visual symptoms, but only after the surgery. The Patient-Reported Outcomes with LASIK (PROWL) studies in the LQOLCP assessed visual symptoms both before and after their LASIK surgery to identify changes over time. The studies also measured the impact symptoms directly had on performing usual activities, which had not previously been done.

Response: Although a very large clinical study would be necessary to more accurately estimate the prevalence of visual symptoms, based on the analyses of our studies:

• In each of the PROWL studies, less than 1 percent of study participants experienced difficulties performing their usual activities following LASIK surgery due to any one symptom.

•More than 95% of participants were satisfied with their vision following LASIK surgery.

•Up to 46 percent of participants, who had no visual symptoms before surgery, reported at least one visual symptom at three months after surgery.

•Participants who developed new visual symptoms after surgery, most often developed halos. Up to 40 percent of participants with no halos before LASIK had halos three months following surgery.

•Up to 28 percent of participants with no symptoms of dry eyes before LASIK, reported dry eye symptoms at three months after their surgery. This is consistent with previous studies.

•Participants were more than twice as likely to report their visual symptoms on a questionnaire than to tell them to their health care provider.

Response: Our findings support the need for adequate counseling about the possibility of developing new symptoms after LASIK surgery.

The project produced new questions (called scales when grouped by issue) that can be used to more thoroughly assess candidates’ symptoms before LASIK surgery and to monitor them for visual symptoms as well as satisfaction after LASIK surgery, and measure the impact any post-LASIK symptoms have on a patient’s ability to function. The questionnaire also includes images and clear definitions for the visual symptoms (ghosting/double vision, halos, glare, and starbursts). These scales can be used in further research to identify predictors for which patients are likely to experience serious difficulties as a result of symptoms from LASIK surgery. Patients and health care providers now have a well-defined tool to guide medical decisions and future research. The questionnaire is available at: http://www.fda.gov/MedicalDevices/ProductsandMedicalProcedures/SurgeryandLifeSupport/LASIK/ucm190291.htm

Response: More research is needed to understand which patients are likely to experience difficulty performing their usual activities following LASIK surgery. All of the scales can be used in further research to identify predictors for patients likely to experience serious difficulties as a result of symptoms from LASIK surgery. We encourage device manufacturers as well as clinicians to utilize the newly developed questions in their evaluation of LASIK patients.

Response: FDA is committed to listening to the patient’s perspective to ensure that US-marketed devices address patients’ needs.