21 Mar Rosacea Should Be Considered More Than Cosmetic Disorder 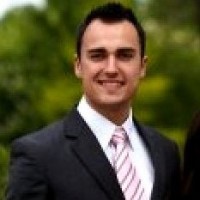 Dr. Egeberg: Rosacea skin shows an up-regulation of various cytokines (small proteins that are important in cell signalling), and displays increased activation and expression of matrix metalloproteinases (MMPs). Both rosacea and Parkinson’s disease have been associated with small intestinal bacterial overgrowth and Helicobacter pylori infection, and MMPs. MMPs are enzymes that are involved in tissue remodeling, organ development, and regulation of inflammatory processes.

Parkinson’s is a progressive neurological disease that results from the gradual loss of brain cells that produce dopamine, a chemical that sends messages to the part of the brain that controls movement and coordination. Importantly, MMPs have also been implicated in the pathogenesis of Parkinson’s disease and other neurodegenerative disorders, and MMPs contribute to loss of dopamine producing brain cells.

Rosacea is often characterized by flare-ups and remissions and typically presents as a redness on the cheeks, nose, chin or forehead. In our study, we found a significantly (approximately two-fold) increased risk of developing Parkinson’s disease, a chronic and progressive movement disorder, among patients with rosacea. Also, we found that treatment with tetracycline, an oral antibiotic, was associated with a slightly decreased risk of Parkinson’s disease.

Dr. Egeberg: Research suggest that a large majority of patients with rosacea does not seek medical treatment, however medical assessment may be warranted in such patients. Importantly, rosacea should be considered more than just a cosmetic disorder, as it may have a number of systemic implications, including risk of neurologic diseases.