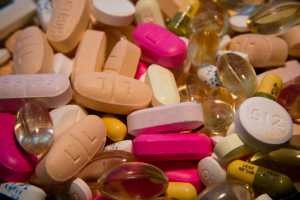 24 Jul Some ‘Inactive’ Ingredients in Medications Are Surprisingly Active 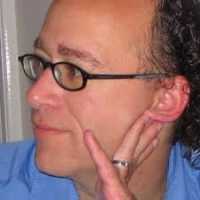 Response: Excipients are ubiquitous in drug formulations.  What most people consider “drugs” are formulations of active and “inactive” ingredients–the excipients.  These “inactive” ingredients, which you can find on the label of all of the drugs you use, play crucial roles in drug stability, as antioxidants, as colorants to help patients distinguish among them, as anti-microbials to keep them from getting infected with bacteria, helping to make the soluble  in the patient, among other functions.

They are considered “inactive” because they do not have observable toxicity in animal and sometimes histological studies, but few of them have been evaluated in a modern way.  This would involve testing the excipients for activity on individual receptors and enzymes that are involved in biological responses, which is what happens for drugs.  Doing this was the focus of this study

MedicalResearch.com: What are the main findings? Can these ingredients cause generic drugs to act differently than brand name or cause allergic reactions?

Response: We found that while most excipients were in fact inactive, at least in the assays we put them through, many had a substantial amount of activity on important molecular targets.  Some were as potent as most drugs are, at least at a molecular level.

We did not investigate allergic reactions.  Apropos of generic drugs, the excipients are tested for their effects on the active ingredients, and it is unlikely that they will directly affect these.  However, since excipients can be swapped in generic formulations, it is possible that a new excipient used in a generic formulation will have different on-target activities than what was used by the original manufacturer.  Whether that will cause issues or not is unknown right now, but once you have the idea that “inactive” ingredients are not inactive the way we thought, this becomes a worthwhile research question.  I think what this paper really does is begin that sort of conversation.

Response: First of all, they can be confident that their drugs are no less safe.  But the study does suggest a way forward to optimize excipients to further increase patient safety in the future.  I think they can also take comfort that this study was at least half done by a major pharmaceutical company, and on our end was supported by the FDA, both of whom knew that the study had a good chance to cause them headaches.  But they supported it anyway because of their interest in patient safety.

Response: A key result of this paper is that it develops a systematic way for “inactive” ingredients to be tested for activity against biological receptors and enzymes.  We were only able to scratch the surface in this paper–I recommend that this be undertaken more comprehensively.  An early focus might be on excipients used in injected drugs, where we found some of the most impactful effects.   These injected excipients  are almost guaranteed of getting into systemic circulation.