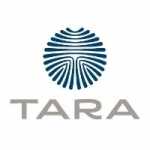 Response: Almost half of all drug recalls are due to cardiac toxicity that was not picked up during early screens. These human cardiac liabilities can go undetected because historically it has been challenging to predict how human hearts will respond to potentially cardiotoxic drugs despite rigorous testing in both animals and in vitro systems throughout drug development. Traditional in vitro systems and animal models do not translate well to humans, and human donor tissue availability is limited for in vitro testing.

There is great potential for human-induced pluripotent stem cell cardiomyocytes (iPSC-CMs) to bridge this human translation gap, but it’s been a challenge to train these cells to recapitulate pharmacology seen in mature human heart cells.

MedicalResearch.com: Would you explain a little of the technology and its applications?

Response: In a study published earlier this year in Cell, the ability of the Biowire™ II platform to generate human relevant engineered cardiac tissues was demonstrated.  The platform, exclusively licensed by TARA, subjects iPSC-CMs to a rigorous maturation process, training the cells to form tissues that function like human cardiac muscle. Unlike other organ-on-a-chip platforms, the Biowire™ II platform not only matures the tissues, but also directly measures the force with which these engineered tissues contract. The platform enables researchers to gather human relevant functional data in the lab, providing a surrogate measure for how effectively the human heart pumps blood in the presence of potentially toxic drugs.

Today, TARA is working with pharmaceutical companies to generate translational human cardiac models to help shorten drug development time by getting more human relevant data sooner, improving the efficiency of bringing a drug from the lab to the clinic.  Availability of these models will reduce costs, reduce animal usage, and increase the success of their drug development pipelines to deliver better drugs to the market.  With the Biowire™ II platform, disease and patient-specific models can also be generated, enabling both precision medicine and discovery of new heart disease medicines.

Response: The findings, published in the Journal of Toxicological Sciences, show that our engineered heart-on-a-chip system can predict how human hearts will respond to a wide range of drugs, something that has been a challenge in pre-clinical models until now.  We worked with researchers from GlaxoSmithKline (GSK) to select a panel of clinically utilized drugs and tested them in the Biowire™ II platform. These drugs were chosen to assess the predictivity of our Cardiotype.Fo™ contractility assay for preclinical drug screening in pharmaceutical R&D.  Our tissues responded to the range of cardiotherapeutic and cardiotoxic drugs at concentrations similar to the effective doses in humans, highlighting the translational relevance of the model. The high fidelity tissue responses to this diverse drug panel also demonstrates the presence and competency of critical molecular pathways in the human heart.

Response: Our biggest takeaway is that the BioWire™ II platform offers a disruptive viable alternative to the current standard of how drugs are assessed pre-clinically.  By using TARA’s cardiac engineered tissue, drug development companies can obtain human relevant data early in the drug development cycle, helping to deliver better medicines sooner.  The cardiac tissues generated in the study are the first to provide high-fidelity human drug responses to a variety of compounds acting along molecular pathways important to human heart function.  These results demonstrate that our tissues have the correct internal machinery to function as a human heart muscle surrogate and underscores the potential for this model to become part of the cardiac risk assessment paradigm for evaluating the safety of new therapies in preclinical development.

Response: In this paper we validated the Biowire™ II platform by analyzing compounds with known responses.  We can now confidently apply our technology to assess emerging compounds in drug discovery and development.  In addition to GSK, other major pharmaceutical and biotechnology companies have validated our engineered cardiac tissue platform as a tool to tackle complex and challenging cardiac questions.  We are excited by these new opportunities and anticipate them to be fruitful collaborations and mutually beneficial undertakings. We are also expanding the application of our technology to the generation and characterization of disease models for heart failure drug discovery to identify new targets and test the efficacy of new medicines, in addition to their safety.

Disclosures:We are employees and shareholders of TARA Biosystems.