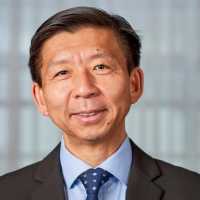 MedicalResearch.com Interview with: XinQi Dong Director, Institute for Health, Health Care Policy, and Aging Research Henry Rutgers Distinguished Professor of Population Health Sciences Professor, Department of Medicine - Division of General Internal Medicine, Robert Wood Johnson Medical School MedicalResearch.com: What is the background for this study? What are the main findings? Response: Interpersonal violence is a substantial public health issue across all socio-demographic and socioeconomic strata globally. A depth of prior studies have found that victims of childhood sexual abuse might have higher risks of re-experiencing sexual violence as adults. But the “re-victimization” phenomenon has been insufficiently examined among the rapidly growing aging populations. There lacks examinations about life-course violence experiences and the accumulative effect of which in older ages. Our study examined three most common forms of interpersonal violence (child maltreatment, intimate partner violence, and elder abuse) across the life span and found an interconnectedness among them. Individuals with a history of child maltreatment and/or intimate partner violence had two to six times higher risks of elder abuse compared to those without a past experience of the violence.  END_OF_DOCUMENT_TOKEN_TO_BE_REPLACED
0 Comments
Continue Reading
Abuse and Neglect, Author Interviews, BMJ, Exercise - Fitness, Mental Health Research / 02.04.2017

Consequences of Interpersonal Violence Against Child Athletes Persist into Adulthood

MedicalResearch.com Interview with: Tine Vertommen, Criminologist Faculty of Medicine and Health Sciences Universiteitsplein 1 Antwerp, Belgium MedicalResearch.com: What is the background for this study? What are the main findings? Response: A recent prevalence study into interpersonal violence against child athletes in the Netherlands and Belgium showed that 6% experienced severe sexual violence, 8% experienced severe physical violence, and 9% of respondents experienced severe psychological violence in sport (Vertommen et al., 2016). While general literature has repeatedly shown that exposure to interpersonal violence during childhood is associated with mental health problems in adulthood, this relationship has not yet been demonstrated in (former) athletes. Thus, the objective of the current study is to assess the long-term consequences of these experiences on adult mental health and quality of life. END_OF_DOCUMENT_TOKEN_TO_BE_REPLACED
0 Comments
Continue Reading
Accidents & Violence, Author Interviews, Gender Differences, JAMA, Mental Health Research / 17.08.2016

All-Cause Mortality Increased in Women With History of Child Abuse

MedicalResearch.com Interview with: Edith Chen, Ph.D. Professor Faculty Fellow, Institute for Policy Research Northwestern University Department of Psychology Evanston, IL 60208-2710 MedicalResearch.com: What is the background for this study? What are the main findings? Response: Previous research has documented psychiatric consequences of childhood abuse, but less is known about possible physical health consequences. The main finding is that women who self-reported childhood abuse (in adulthood) were at greater risk for all-cause mortality compared to those who did not report abuse. END_OF_DOCUMENT_TOKEN_TO_BE_REPLACED
0 Comments
Continue Reading
Abuse and Neglect, Accidents & Violence, Author Interviews, Pediatrics / 25.11.2015

Young Children Most Likely To Severe Injury and Death From Abuse 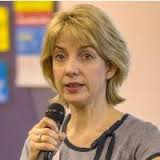 MedicalResearch.com Interview with: Dr. Ffion C Davies Consultant in Emergency Medicine & Paediatric Lead University Hospitals of Leicester NHS Trust Leicester Royal Infirmary Leicester UK Medical Research: What is the background for this study? Dr. Davies: This study is from the Trauma Audit Research Network data, which is a major trauma database receiving data from nearly all hospitals in England and Wales. A 2012 TARN report on major trauma in children showed a peak of injuries resulting from child abuse in the younger age group. In this study we analysed the database in more detail, in order to profile this peak of injuries from non-accidental injury (NAI). Medical Research: What are the main findings? Dr. Davies: The main findings are that severe injury and death resulting from non-accidental injury occurs nearly always in the under 5 year old age group, and 75% of cases are under 1 year old. This contrasts with reports in the media, whereby high profile deaths in children from non-accidental injury are often older children. This probably reflects reporting bias, because those children experienced a prolonged period of abuse, despite involvement of health and social services. Our study shows that very small infants are the most likely to die, or to sustain severe head injuries. END_OF_DOCUMENT_TOKEN_TO_BE_REPLACED
0 Comments
Continue Reading