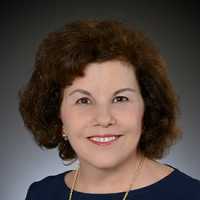 MedicalResearch.com Interview with: Dr. Rhonda Souza, MD Baylor University Medical Center Center for Esophageal Research Dallas, TX 75246  MedicalResearch.com: What is the background for this study?   Response: Eosinophilic esophagitis (EoE) is a modern disorder of the esophagus caused by an allergy to certain foods. EoE causes esophageal symptoms like difficulty swallowing and heartburn and is diagnosed when biopsies of the esophagus taken during endoscopy show numerous eosinophils, which are a type of inflammatory blood cell.  There are few established treatments for EoE. One such treatment is a diet that eliminates the offending food allergens, and another is to use steroids to reduce the number of eosinophils in the esophagus. However, the most common treatment for adults with eosinophilic esophagitis is to use proton pump inhibitors (PPIs), which block the proton pumps in stomach cells that make acid.  In earlier studies, we found that PPIs also can block proton pumps in esophageal cells.  Those proton pumps are activated by chemicals that the body produces in response to allergens including interleukin (IL)-13 or IL-4.  Il-13 and IL-4, which cause the esophagus to produce eotaxin-3, a molecule that attracts eosinophils. What remained unknown, however, was the mechanism whereby these interleukins activate proton pumps in the EoE esophagus. In our present study, we explored whether IL-4 works by increasing calcium levels in esophageal cells from EoE patients. END_OF_DOCUMENT_TOKEN_TO_BE_REPLACED
Continue Reading
Author Interviews, Dermatology, Education, Gender Differences, JAMA / 03.09.2018 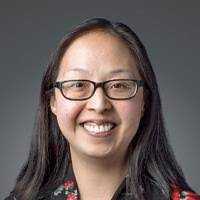 MedicalResearch.com Interview with: Lia E. Gracey, MD, PhD Department of Dermatology Baylor Scott & White Health Austin, Texas  MedicalResearch.com: What is the background for this study? What are the main findings?  Response: The co-authors and I were interested in this issue as new parent leave (or the lack thereof) is increasingly being examined in many professions.  As a mother who had children during dermatology residency, I felt the pressure to take a short new parent leave to avoid having to make up time at the end of my training. I came back to work only 3 ½ weeks after having my first baby. Anecdotally, other new parent residents (both men and women) reported similar concerns and we noticed a lack of data about new parent leave policies in dermatology residency training programs. We distributed surveys to dermatology residency program directors and residents and were struck by a basic lack of awareness by residents for whether their institution even offered new parent leave.  Less than 50% of surveyed residents were aware of a written new parent leave policy for their residency program, yet over 80% of program directors stated they had a policy in place. We also found discrepancies between resident and program director perceptions of sufficiency of new parent leave and the availability of pumping facilities for breastfeeding mothers.  END_OF_DOCUMENT_TOKEN_TO_BE_REPLACED
Continue Reading