Opioid-Induced Constipation: Can Your Hospital Afford the Financial Burden?

MedicalResearch.com Interview with: Howard Franklin, MD, MBA Vice President of Medical Affairs and Strategy Salix Pharmaceuticals MedicalResearch.com: What is opioid-induced constipation? Response: Opioid-induced constipation (OIC) is a side effect in as many as 80 percent of chronic pain patients on opioids. OIC is unlikely to improve over time without treatment and can lead to suffering and discomfort. More importantly, the insufficient treatment of OIC can have negative implications for patients, both those on opioid therapy for chronic non-cancer pain as well as advanced illness, and for hospitals.  END_OF_DOCUMENT_TOKEN_TO_BE_REPLACED
Continue Reading
Author Interviews, Gastrointestinal Disease / 16.01.2019

Toilet Stools May Make Going to the Bathroom Easier 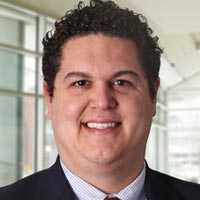 MedicalResearch.com Interview with: Dr. Peter Stanich MD Assistant Professor of Gastroenterology, Hepatology and Nutrition The Ohio State University Wexner Medical Center and College of Medicine MedicalResearch.com: What is the background for this study? What are the main findings?  Response: We knew of toilet stools from popular culture and wanted to study this in a scientific way. This is something that patients, family and friends always ask about and we wanted to start the process of assessing it more rigorously to see if they are beneficial.  END_OF_DOCUMENT_TOKEN_TO_BE_REPLACED
Continue Reading
Author Interviews, Gastrointestinal Disease, Pain Research / 09.04.2018

MedicalResearch.com Interview with: Dr. Joseph Pergolizzi MD Senior Partner and Director of Research Naples Anesthesia and Pain Associates Naples, Florida MedicalResearch.com: What is the background for this study? What are the main findings?  Response: There are roughly 100 million Americans living with chronic pain and many battle debilitating side effects because of their pain medication, including Painstipation otherwise known as opioid-induced constipation (OIC.) In fact, OIC is the most common side effect with approximately 40-80 percent of patients on chronic opioid therapy experiencing it. To better understand this community, the Painstipation survey, conducted by Salix Pharmaceuticals in partnership with the U.S. Pain Foundation, surveyed 441 U.S. adults with chronic pain who were on opioid therapy and suffering from OIC. It gave great insight into this community as it found: END_OF_DOCUMENT_TOKEN_TO_BE_REPLACED
Continue Reading
Author Interviews, Autism, Gastrointestinal Disease, Psychological Science / 05.01.2017

MedicalResearch.com Interview with: David Q. Beversdor MD Center for Translational Neuroscience University Hospital University of Missouri Health System Columbia, MO 65212 MedicalResearch.com: What is the background for this study? What are the main findings? Response: Altered stress reactivity, alterations in cytokines and a high incidence of gastrointestinal disturbances have all been observed in autism spectrum disorder (ASD). We wished to examine the interactions between these factors. What we found was that patients with greater stress reactivity, as indicated by cortisol response in the testing environment, had greater symptomatology involving the lower gastrointestinal tract, which was predominated by constipation. END_OF_DOCUMENT_TOKEN_TO_BE_REPLACED
Continue Reading
Author Interviews, Brigham & Women's - Harvard, Gastrointestinal Disease / 22.10.2015

Chronic Constipation May Be Manifestation of Depression

MedicalResearch.com Interview with: Kyle Staller, MD, MPH Massachusetts General Hospital Harvard Medical School Medical Research: What is the background for this study? What are the main findings? Dr. Staller: Constipation is exceedingly common and exerts a considerable economic effect.  Although many clinicians assume that the severity of constipation symptoms is the primary driver of obligation absenteeism, our data from over 100 patients undergoing physiologic evaluation for chronic constipation demonstrates that comorbid depression was a bigger predictor or work and school absenteeism than symptom severity and quality of life. END_OF_DOCUMENT_TOKEN_TO_BE_REPLACED
Continue Reading
Author Interviews, Erasmus, Gastrointestinal Disease, Pediatrics / 05.11.2014

MedicalResearch.com Interview with: Anne Tharner, PhD and Jessica C. Kiefte-de Jong, PhD Department of Epidemiology Erasmus Medical Center, Rotterdam The Netherlands Medical Research: What is the background for this study? What are the main findings? Response: Constipation is one of the most common health problems in children, and occurs in most cases without organic reason. In our study, we examined if fussy eating behavior might be related to constipation in children. “Fussy eaters” are children who reject specific foods – often (green and bitter) vegetables – and often compensate this with the intake of less healthy but highly palatable foods (such as fast food or sweets). This kind of diet might be one of the reasons for constipation in children, but at the same time, children might develop difficult eating patterns due to digestive problems such as constipation. Therefore, we examined whether fussy eating and functional constipation mutually affect each other, which might point to the development of a vicious cycle. We examined this in a large study including almost 5000 children aged 2-6 years who participated in a longitudinal study in Rotterdam, the Netherlands. Families were regularly followed up starting in pregnancy. Our main finding was that fussy eating co-exists with functional constipation and also predicts subsequent development of functional constipation. In addition, we also found evidence for the reverse, as functional constipation predicted subsequent fussy eating behavior. Together with previous studies, our findings suggest that indeed a vicious cycle may develop throughout childhood in which children’s constipation problems and problematic eating behavior mutually affect each other. On the one hand, fussy eating might affect the development of functional constipation via poor dietary quality which is a characteristic for the diet of fussy eaters. On the other hand, our findings show that functional constipation in also predicts future fussy eating. This pathway is less well studied, but it is conceivable that children with constipation and the accompanying abdominal pain and painful defecation may develop problematic eating behavior. END_OF_DOCUMENT_TOKEN_TO_BE_REPLACED
Continue Reading
Author Interviews, Gastrointestinal Disease, NEJM, Pain Research, University of Michigan / 11.06.2014

Opioid-Induced Constipation: Use of Naloxegol in Patients With Non-Cancer Pain

MedicalResearch.com Interview with: William D. Chey, MD, AGAF, FACG, FACP, RFF Professor of Medicine Director, GI Physiology Laboratory Co-director, Michigan Bowel Control Program University of Michigan Health System MedicalResearch: What are the main findings of the study? Dr. Chey: Opiate analgesics are the most commonly prescribed medications in the US. GI side effects are common in patients who opiates. Constipation is the most common and most bothersome GI side effect of opiates. Peripherally acting mu opioid antagonists have been shown to benefit a subset of patients with opiate induced constipation. In 2 large, randomized, placebo controlled phase III trials, the peripherally acting, mu-opioid antagonist naloxegol was found to improve constipation in patients taking opioid analgesics for noncancer pain. Response rates were significantly higher with 25 mg of naloxegol than with placebo (intention-to-treat population: study 04, 44.4% vs. 29.4%, P = 0.001; study 05, 39.7% vs. 29.3%, P = 0.02) in both studies. Benefits were seen with the lower 12.5 mg dose in one of the studies (intention-to-treat population, 40.8% vs. 29.4%, P = 0.02). An interesting aspect of this study was the a priori inclusion of patients who had tried and failed to respond to other laxatives prior to enrollment. Response rates in this population were similar to the overall population (patients with an inadequate response to laxatives: study 04, 48.7% vs. 28.8%, P = 0.002; study 05, 46.8% vs. 31.4%, P = 0.01). Pain scores and daily opioid dosing were similar among the three groups before and after treatment. END_OF_DOCUMENT_TOKEN_TO_BE_REPLACED
Continue Reading