Low Incidence of CTE Found Among US Service Members 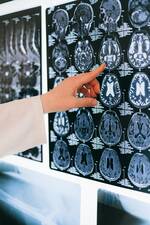 MedicalResearch.com Interview with: Daniel Perl MD Uniformed Services University of the Health Sciences Professor of Pathology at USUHS and Director of the CNRM's Brain Tissue Repository Uniformed Services University of the Health Sciences Bethesda, Maryland MedicalResearch.com:  What is the background for this study?  Response: Chronic traumatic encephalopathy (CTE) is a brain disorder that is predominantly seen in individuals who have suffered from repeated impact head trauma, such as occurs in former boxers or American football players.  CTE has very specific alterations in the brain and can only be diagnosed at autopsy.  Some have claimed that, in addition to former contact sport participants, individuals who served in the military and were repeatedly exposed to blast (explosions) are also at increased risk for developing CTE.  However, this claim has been based on a rather small number of anecdotal cases.  The DoD/USU Brain Tissue Repository is the only facility in the world that is exclusively dedicated to the collection and study of donated brain specimens derived from deceased active duty and retired service members.  We used the resources of this facility to examine 225 consecutively collected brain specimens for the presence of CTE.  This would to provide a view of how common CTE was in this setting and, when diagnosed, was the disease correlated with prior blast exposure, participation in contact sports and other forms of head trauma, and with certain forms of symptomatology such as development of PTSD, alcohol/substance abuse, death by suicide, etc. END_OF_DOCUMENT_TOKEN_TO_BE_REPLACED
Continue Reading
Author Interviews, Brain Injury, Exercise - Fitness, Pediatrics / 05.03.2020

MedicalResearch.com Interview with: Robert F. Heary, M.D. Co-Director, Reynolds Family Spine Laboratory Director, Spine Center of New Jersey Professor, Rutgers New Jersey Medical School Newark, New Jersey MedicalResearch.com: What is the background for this study? Response: This article was written to assess the relative danger versus safety of youth football.  As this is a hot-button topic in the world of neurosurgery and neurology, we decided to look into this issue. In a suburban town, middle school football players were studied.  They wore helmets with accelerometers mounted inside the hemet to measure how many hits the player absorbs and the magnitude of the force behind the hits.  Also, soft “guardian caps” we worn over the outside of the helmets during practices. For all football activities (practices and games), the helmets were worn and data were accumulated.  In addition, specialized coaching related to safe tackling techniques was provided. END_OF_DOCUMENT_TOKEN_TO_BE_REPLACED
Continue Reading
Alzheimer's - Dementia, Author Interviews, Brain Injury, Medical Imaging, UCSF / 06.01.2020

Tau Pet Scanning In a Former NFL Play with CTE 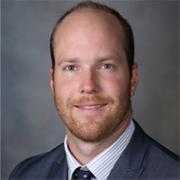 MedicalResearch.com Interview with: William G. Mantyh, MD Clinical Fellow, UCSF Memory and Aging Center Weill Institute for Neurosciences UCSF MedicalResearch.com: What is the background for this study? Response: Similar to Alzheimer’s disease (AD) and other dementing illnesses, Chronic Traumatic Encephalopathy (CTE) is a progressive neurodegenerative condition associated with abnormally folded tau protein in the brain. CTE is thought to be caused by exposure to repetitive head trauma, and recently has been the subject of intense media coverage given the frequency of CTE found in brains of deceased former American professional football players. CTE is almost impossible to confidently diagnose during life as the symptoms are diverse and vary from patient-to-patient. Symptoms can include impairments in memory, multi-tasking, behavioral/mood regulation, and movement. As there are no blood, imaging, or other tests for this disease, one active area of research is developing a test to help doctors diagnose this condition. As tau tangles in CTE are similar in many respects to those in Alzheimer’s disease, there was hope that PET tracers that detect tau in AD might also work in CTE. Flortaucipir (FTP) is probably the most widely used tau tracer in AD. Recent work has reported some signal from FTP-PET in symptomatic former NFL players and other patients at risk for CTE (Stern et al. New Engl Jour Med 2019; Lesman-Segev et al. Neuroimage Clinical 2019). The overall signal was lower than that observed in Alzheimer’s disease, and, in lieu of correlations with post-mortem findings, it was unclear how well FTP binds to tau pathology in CTE. END_OF_DOCUMENT_TOKEN_TO_BE_REPLACED
Continue Reading
Author Interviews, Brain Injury, Pediatrics / 11.07.2019

No Cognitive Deterioration Found After Two Years of Youth Football

MedicalResearch.com Interview with: Sean C. Rose, MD Pediatric sports neurologist and co-director of the Complex Concussion Clinic Nationwide Children’s Hospital  MedicalResearch.com: What is the background for this study? What are the main findings?  Response: Very limited data has been collected in children while they are playing contact sports to study the relationship between repetitive head impacts and neurocognitive outcomes.  We previously published a 1-year analysis of youth tackle football players and found no association between the number or severity of head impacts and performance on neurocognitive testing before to after the football season.  We are now reporting the results from the 2nd year of our study, tracking children through two seasons of football participation. We measured head impacts using helmet sensors during the 2016 and 2017 football seasons.  In the total group of 166 players age 9-18, one outcome measure (processing speed), out of the 23 outcome measures studied, declined over time.  However, several other measures that also assessed processing speed did not decline.  Neither the total burden of head impacts nor the intensity of individual impacts were associated with changes in testing performance over the course of the two seasons. END_OF_DOCUMENT_TOKEN_TO_BE_REPLACED
Continue Reading
Author Interviews, Brain Injury, University Texas / 24.06.2019 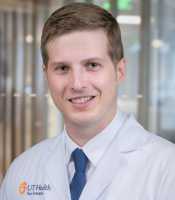 MedicalResearch.com Interview with: Kevin F. Bieniek, Ph.D. Assistant Professor, Department of Pathology & Laboratory Medicine Joe R. & Teresa Lozano Long School of Medicine Director, Biggs Institute Brain Bank Core Glenn Biggs Institute for Alzheimer’s & Neurodegenerative Diseases University of Texas Health Science Center San Antonio San Antonio, Texas 78229 MedicalResearch.com: What is the background for this study? Would you briefly explain what is meant by CTE?   Response: CTE, or chronic traumatic encephalopathy, is a progressive neurodegenerative disorder that is linked to prior exposure to repetitive traumatic brain injuries.  CTE pathology, characterized by a distinct deposition pattern of the protein ‘tau’, is most often observed in the brains former contact sport athletes and military veterans.  The public health impacts of this disorder are largely unknown, as this disease is often studied in individuals which advanced levels of exposure, particularly professional American football player. This study aimed to understand what the presence of this disorder might be in the general population by studying athletes and non-athletes, a number of different sports, different levels of participation, and both males and females. END_OF_DOCUMENT_TOKEN_TO_BE_REPLACED
Continue Reading