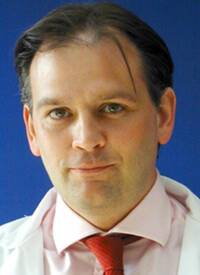 MedicalResearch.com Interview with: Prof. Scott Montgomery Professor of medical science (clinical epidemiology) Örebro University, Sweden Director of Clinical Epidemiology and Biostatistics Örebro University Hospital, Sweden MedicalResearch.com: What is the background for this study? Response: Infections have been linked with increased risk of subsequent multiple sclerosis (MS), but it has been suggested this may be because the genetic or other family characteristics of people who go on to develop MS have a more severe response to infections: the infections would be more likely to be recorded in those who would subsequently develop MS, rather than being risk factors for the disease. To address this issue, we performed a large study of 2,492,980 people living in Sweden, and 5,867 of them had a diagnosis of MS after age 20 years. We identified who had a hospital diagnosis of infectious mononucleosis (caused by Epstein-Barr virus, EBV infection, and also known as glandular fever or the kissing disease). The new study was different from other studies of infection and MS risk, as it compared siblings in the same families. Siblings share much of their genetic make-up and have similar family lives. If glandular fever is associated with later MS when siblings are compared, then it is unlikely that the association is caused by genetics or other family characteristics that make infections worse in people more likely to develop future MS. END_OF_DOCUMENT_TOKEN_TO_BE_REPLACED
Continue Reading
Author Interviews, Immunotherapy, Multiple Sclerosis / 27.11.2018

MedicalResearch.com Interview with: Dietmar P. Berger, MD, PhD Head of Global R&D Atara Biotherapeutic MedicalResearch.com: What is the background for this study? Response: Epstein-Barr virus (EBV) is present in B lymphocytes, plasma cells and epithelial cells of over 95% of individuals over the age of 40.  Multiple studies have shown that nearly all patients with Multiple Sclerosis (MS) are EBV positive, including a recent presentation at the 2018 ECTRIMS Congress in Berlin that showed 100% of MS patients are positive for EBV (Ruprecht et. al). Current B cell directed therapies such as anti-CD20 therapies have demonstrated an effect on  Multiple Sclerosis activity. These therapies work by depleting B cells including those infected by EBV. Our belief is that loss of EBV-specific T cell function (e.g., T cell exhaustion) occurs in patients who develop Multiple Sclerosis, which results in the accumulation of EBV infected B and plasma cells in the CNS leading to the autoreactive immune cycle seen in MS patients. The increasing evidence of a link between EBV infection and the development of MS led to the initiation of a Phase 1 study to investigate the use of an autologous T-cell immunotherapy (ATA190) to selectively target and deplete EBV infected cells in patients with progressive MS. As T cell immunotherapies (like ATA190) are designed to penetrate the central nervous system, this approach was felt to be particularly useful in  Multiple Sclerosis where the inflammatory response and infected B lymphocytes and plasma cells are inaccessible inside the CNS to the vast majority of classic targeted agents. END_OF_DOCUMENT_TOKEN_TO_BE_REPLACED
Continue Reading
Author Interviews, Infections, Nature, NIH, PLoS, Rheumatology / 16.04.2018

Mono Virus Linked To Some Cases of Lupus

MedicalResearch.com Interview with: John B. Harley, MD, PhD Professor and Director David Glass Endowed Chair Center for Autoimmune Genomics and Etiology (CAGE) Department of Pediatrics University of Cincinnati Cincinnati Children’s Hospital Medical Center Cincinnati, Ohio 45229 MedicalResearch.com: What is the background for this study? Response: Previous work has shown that Epstein-Barr virus infection is associated with systemic lupus erythematosus and studies of the origins of the autoimmune response have also suggested that the autoimmunity of this disease may originate with the immune response against this virus. In the meantime, many investigators have been studying the genetics of lupus over the past 25 years. They have found about 100 convincing genes that alter the risk of developing lupus. END_OF_DOCUMENT_TOKEN_TO_BE_REPLACED
Continue Reading
Author Interviews, Cancer Research, PLoS / 22.09.2015 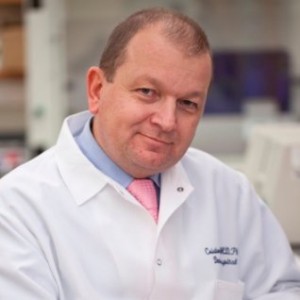 MedicalResearch.com Interview with: Dr. Cristiano Ferlini, MD Director of Biomedical Research Rudy and Sally Ruggles Chief of cancer research Western Connecticut Health Network Research Institute Medical Research: What is the background for this study? Dr. Ferlini: Our aim is to understand why some cancer patients respond well to conventional treatment while others suffer progressive disease.  Nextgen sequencing technologies provide data that shed light on the mechanisms underlying differences in clinical outcome. However, analyses utilizing these data have been focused on human genes. This is to be expected given that the subjects under investigation are indeed humans. We adopted a novel approach in this and a prior study which involved in-depth, comprehensive mapping of microRNA sequences in human cancers to viral genes to assess their presence and significance. Medical Research: What are the main findings? Dr. Ferlini: We discovered a surprising number of viral microRNA sequences in a wide variety of cancer tissues. We also documented an interplay between these viral microRNAs and genes related to anticancer immunity. Both viruses and cancers share a common goal of suppressing the immune system to promote their own survival. Synergistic immunosuppression seems particularly relevant for the Epstein Barr virus, an unfortunate fact given its ubiquity in human populations. After the acute phase of EBV infection, the virus persists indefinitely in a dormant state inside B lymphocytes. When cancers grow, they create a protected microenvironment in which  anticancer immunity is suppressed.  We have obtained evidence suggesting that when EBV infected B cells circulate within these domains, the virus becomes reactivated and produces microRNAs which further amplify immunosuppressive genes. END_OF_DOCUMENT_TOKEN_TO_BE_REPLACED
Continue Reading