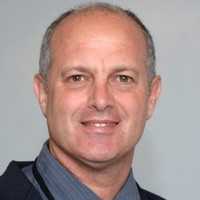 MedicalResearch.com Interview with: Mark Weiser, M.D. Associate Director for Treatment Trials The Stanley Medical Research Institute Kensington, MD 20895 MedicalResearch.com: What is the background for this study? Response: Over the years many theories have been proposed explaining schizophrenia, and studies tested compounds based on these theories.  Some showed improvement in symptoms, but these positive findings were often not later replicated, and the theory discarded. Over the past 15 years several studies performed in Australia by Dr. Jayshri Kulkarni (Molecular psychiatry. 2015;20(6):695) showed positive effects of estrogen patches on symptoms in women with schizophrenia. END_OF_DOCUMENT_TOKEN_TO_BE_REPLACED
Continue Reading
Author Interviews, Endocrinology, Gender Differences, Hormone Therapy / 26.03.2019

MedicalResearch.com Interview with: Joshua Safer, MD, Executive Director Center for Transgender Medicine and Surgery Mount Sinai Health System Senior Faculty, Medicine, Endocrinology, Diabetes and Bone Disease Icahn School of Medicine at Mount Sinai MedicalResearch.com: What is the background for this study? What are the main findings? Response: The standard trans feminizing hormone regimen includes estrogen both to suppress testosterone and so that the individual has sufficient circulating sex hormone in the body for good bone health. After orchiectomy, there is no need to suppress testosterone because the levels are very low and it is common to cut the estrogen dose in half.  Cis women with premature ovarian failure often take about 2 mg of estradiol daily so that dose has seemed reasonable for trans women without testes.  However, when my co-author Sira Korpaisarn and I checked estradiol levels and gonadotropins (pituitary hormones, LH and FSH) as a guide to dosing, we found that based on that testing, trans women may require higher doses of estrogens than the 2 mg that we expected. END_OF_DOCUMENT_TOKEN_TO_BE_REPLACED
Continue Reading
Alzheimer's - Dementia, Author Interviews, Endocrinology, Hormone Therapy, Mayo Clinic, Menopause / 13.07.2016

MedicalResearch.com Interview with: Kejal Kantarci, M.D. M.S. Professor of Radiology Division of Neuroradiology MedicalResearch.com: What is the background for this study? What are the main findings? Response: A rapid decline in estrogen with menopause may be associated with an increased risk of Alzheimer’s disease risk in women. This study was conducted in newly postmenopausal women who received 17β-Estradiol via a skin patch or conjugated equine estrogen orally or placebo. Those who received 17β-Estradiol patch had reduced β-amyloid deposits, the plaques found in the brains of people with Alzheimer’s disease, three years after the end of the hormone therapies. In the study, women with APOE e4 — one form of the most common gene associated with late-onset Alzheimer's disease — who received the 17β-Estradiol patch had lower levels of β-amyloid deposits than those who received placebo. END_OF_DOCUMENT_TOKEN_TO_BE_REPLACED
Continue Reading
Author Interviews, Breast Cancer, NIH / 08.03.2015

Medicalresearch.com Interview with: Dr. Clarice R. Weinberg Ph.D Biostatistics and Computational Biology Branch National Institute of Environmental Health Sciences Research Triangle Park, NC 27709 MedicalResearch: What is the background for this study? Dr. Weinberg: Hormone therapy (HT) was commonly prescribed in the U.S. late in the 20th century to help women through the challenges of menopause. Several decades ago, therapy with estrogen alone was shown to cause endometrial cancer, and the combined use of both estrogen and progesterone replaced treatment with estrogen alone. But research published around 2002 had far reaching effects on gynecologic practice. Both the randomized trial component of the US Women’s Health Initiative and the observational European Million Women’s Study reported that postmenopausal women who were older than 50 and were taking the combination HT had an increased risk of breast cancer. Physicians and patients responded quickly, and Hormone therapy use plummeted. However, it remained unclear whether there were risks of Hormone therapy use in women under age 50. Some factors, for example obesity, have opposite effects on the risk of breast cancer in pre- and post-menopausal women, so one cannot assume risk findings from older women necessarily apply to younger women. We carried out a sibling-based study of 1,419 women with breast cancer diagnosed under the age of 50 (http://sisterstudy.niehs.nih.gov/English/2sis.htm). Each case had a sister (also studied) who had never been diagnosed with breast cancer, who could serve as her control. The study was funded by Susan G. Komen for the Cure, and the National Institutes of Health. END_OF_DOCUMENT_TOKEN_TO_BE_REPLACED
Continue Reading
Hormone Therapy, Menopause, Weight Research / 05.10.2011

It's no secret that women...