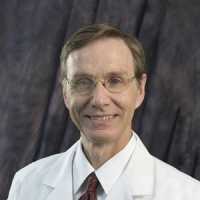 MedicalResearch.com Interview with: Jeffrey L. Anderson, MD FAHA FACC MACP Distinguished Research Physician Professor of Medicine with Tenure University of Utah School of Medicine MedicalResearch.com: What is the background for this study? Response: Omega-3 supplements are widely used for cardiovascular prevention. However, a study published in the Journal of the National Cancer Institute (105:1132, 2013) reported as an incidental finding in a plasma bank study that the risk of prostate cancer increased with increasing levels of docosahexaenoic acid (DHA) and trended to increase with eicosapentaenoic acid (EPA). END_OF_DOCUMENT_TOKEN_TO_BE_REPLACED
Continue Reading
Author Interviews, Columbia, Nutrition / 04.03.2019 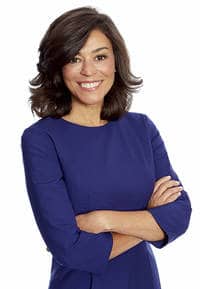 MedicalResearch.com Interview with: Sonia Y. Angell, MD MPH Division of General Medicine Department of Medicine, Columbia University Irving Medical Center New York, NY MedicalResearch.com: What is the background for this study? What are the main findings? Response: Trans fatty acid in the diet increases the incidence of coronary heart disease in the population. In 2006, a policy restricting restaurant use of trans fat went into effect in NYC. This study measured the change in trans fatty acid serum concentration among a representative sample of the NYC population between 2004 and 2013-2014, and whether the change varied by frequency of restaurant food dining. Overall, blood trans fatty acid serum concentration went down by 57%. Among people who dined out less than one time a week, it went down 51% and in those who dined out 4 or more times a week, it went down 61.6%. In fact, in 2013-2014 there was no longer a significant increase in the serum trans fatty acid concentrations among those who ate restaurant foods frequently compared with those who ate out rarely. END_OF_DOCUMENT_TOKEN_TO_BE_REPLACED
Continue Reading
Author Interviews, Diabetes, Diabetologia, Nutrition, Pediatrics / 07.05.2017

MedicalResearch.com Interview with: Dominik D Alexander, PhD, MSPH Principal Epidemiologist EpidStat Institute Ann Arbor, MI Seattle, WA MedicalResearch.com: What is the background for this study? What are the main findings? Response: In recent years, the body of scientific literature on n-3 LCPUFA (EPA/DHA) intake and coronary heart disease (CHD) risk has exploded with mixed results. It was only logical to conduct a comprehensive meta-analysis of randomized controlled trials (RCTs) to estimate the effect of EPA+DHA on CHD, and to conduct a comprehensive meta-analysis of prospective cohort studies to estimate the association between EPA+DHA intake and CHD risk. Among RCTs, there was a nonstatistically significant reduction in CHD risk with EPA+DHA provision (SRRE=0.94; 95% CI, 0.85-1.05). Subgroup analyses of data from RCTs indicated a statistically significant CHD risk reduction with EPA+DHA provision among higher-risk populations, including participants with elevated triglyceride levels (SRRE=0.84; 95% CI, 0.72-0.98) and elevated low-density lipoprotein cholesterol (SRRE=0.86; 95% CI, 0.76-0.98). Meta-analysis of data from prospective cohort studies resulted in a statistically significant SRRE of 0.82 (95% CI, 0.74-0.92) for higher intakes of EPA+DHA and risk of any CHD event. END_OF_DOCUMENT_TOKEN_TO_BE_REPLACED
Continue Reading
Asthma, Author Interviews, Fish, NEJM, Pediatrics / 06.01.2017

MedicalResearch.com Interview with: Hans Bisgaard, M.D., D.M.Sc. COPSAC, Herlev and Gentofte Hospital University of Copenhagen Copenhagen, Denmark MedicalResearch.com: What is the background for this study? Response: Asthma and lower respiratory infections are leading causes of morbidity and mortality in pediatric populations. Thus, having low cost, effective, safe options for prevention could have important implications for both clinical practice and public health. The increased use of vegetable oils in cooking and of grain in the feeding of livestock has resulted in an increase in the intake of n−6 polyunsaturated fatty acids and a decrease in the intake of n−3 polyunsaturated fatty acids, especially the long-chain poly-unsaturated fatty acids (LCPUFAs) — eicosapentaenoic acid (20:5n–3, EPA) and docosahexaenoic acid (22:6n–3, DHA) — found in cold-water fish. N3-LCPUFAs are known to have immune-modulatory effects, and observational studies have suggested an association between a diet that is deficient in n−3 LCPUFA during pregnancy and an increased risk of asthma and wheezing disorders in offspring. Only a few randomized, controlled trials of n−3 LCPUFA supplementation during pregnancy have been performed and these have generally been underpowered and produced ambiguous results. Therefore, we conducted a double-blind, randomized, controlled trial of n−3 LCPUFA supplementation during the third trimester of pregnancy in a total of 736 Danish women to assess the effect on the risk of persistent wheeze and asthma in offspring. The clinical follow-up rate among children was 96% (N=664) by the end of the 3 years double-blind period and 93% (N=647) after an additional follow-up to age 5 years. END_OF_DOCUMENT_TOKEN_TO_BE_REPLACED
Continue Reading
Author Interviews, BMJ, Brigham & Women's - Harvard, Heart Disease, Nutrition / 25.11.2016