MedicalResearch.com Interview with: Tiffany G. Munzer, MD Department of Pediatrics University of Michigan Medical School Ann Arbor  MedicalResearch.com: What is the background for this study? Response: There’s been such a rise in the prevalence of tablet devices and the recommendation for families of young children has been to engage in media together because children learn the most from screens when they’re shared with an adult. However, little is known about how toddlers and adults might behave and interact using a tablet. END_OF_DOCUMENT_TOKEN_TO_BE_REPLACED
Continue Reading
Author Interviews, Autism, Pediatrics / 05.08.2019

MedicalResearch.com Interview with: Andrey Vyshedskiy PhD Boston University, Boston MedicalResearch.com: What gave you the idea for the paper?   Response: I have been interested in the physical properties of imagination since I was nine years old, and was involved in related research since my undergraduate studies. Having been trained in neuroscience, I set out to understand the neurological basis of imagination pertaining to the differences between humans and other animals. In 2008, after fifteen years of research, I allowed myself to speculate on the subject, and published the first edition of “On the Origin of the Human Mind.” From that period to the present day, I have continued to work on the same subject. END_OF_DOCUMENT_TOKEN_TO_BE_REPLACED
Continue Reading
Author Interviews, Education, JAMA, Pediatrics, Toxin Research / 31.10.2018 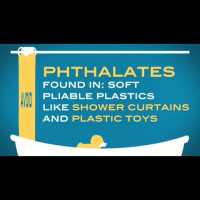 These compounds identified in this study are...

MedicalResearch.com Interview with: Niki Katerina Vavatzanidis MSc Department of Neuropsychology Max Planck Institute for Human and Cognitive Brain Science Leipzig, Germany Technische Universität Dresden, Germany      MedicalResearch.com: What is the background for this study? What are the main findings?  Response: Cochlear implants (CIs) are a way of providing hearing to sensorineural deaf individuals. The implant works by first picking up sounds from the environment and transforming them into an electric signal. Via an array of electrodes the implant then transmits the signal directly to the auditory nerve, which then leads to auditory sensations in the brain. In our study, we were interested to see how language acquisition is affected when language immersion occurs at an untypically late age. Children with cochlear implants that grow up in exclusively or predominantly hearing environments will have their first language encounter at the time of implantation, which nowadays is roughly between the age of one and three. Besides the later starting point in language acquisition, children with CIs are facing a compromised input quality compared to typical hearing. We know from typically hearing children that it is around the age of 14 months that their vocabulary becomes robust enough to react to name violations. That is, when a picture is labelled incorrectly, their brain waves will display with the so-called N400 effect. In our study we were interested whether children with CIs would also show the N400 effect and if so, how many months of hearing experience are necessary. We measured the brain activity of children implanted between the age of one and four at three time points: 12, 18, and 24 months after implant activation. To our surprise, congenitally deaf children whose only language input had been via the cochlear implant already displayed the N400 effect after 12 months of language immersion, i.e. earlier than seen in typically hearing children.   END_OF_DOCUMENT_TOKEN_TO_BE_REPLACED
Continue Reading
Author Interviews, Education, Pediatrics / 29.11.2017

Kids Who Have Difficulty Spelling Can Have Trouble Writing As Well

MedicalResearch.com Interview with: Sonia Kandel PhD Professor at the GIPSA-Lab Université Grenoble Alpes  MedicalResearch.com: What is the background for this study? What are the main findings? Response: How do we recall a word’s spelling from memory? How do we execute the movements to produce letters? A series of studies conducted by Professor Sonia Kandel at the GIPSA-Lab/University of Grenoble Alpes in France provide evidence indicating that writing is a linguistic process that affects the way we execute the manual movements when we write. For example, the movements involved in writing T-H-R are easier to execute in a word that is pronounced as it is spelled, (e.g. “thrill”) than in a word that is orthographically irregular (e.g. “through”). What happens with writing when spelling processes are impaired like, in dyslexia and dysgraphia? END_OF_DOCUMENT_TOKEN_TO_BE_REPLACED
Continue Reading
Author Interviews, Autism, Genetic Research, Nature, Pediatrics, Schizophrenia / 04.01.2017

MedicalResearch.com Interview with: Dr. Beate St Pourcain MSc, PhD(Cardiff) Genetic Epidemiology School of Oral and Dental Sciences MRC Integrative Epidemiology Unit University of Bristol MedicalResearch.com: What is the background for this study? What are the main findings? Response: People with autism and with schizophrenia both have problems interacting and communicating with other people, because they cannot easily initiate social interactions or give appropriate responses in return. On the other hand, the disorders of autism and schizophrenia develop in very different ways. The first signs of Autism Spectrum Disorder (ASD) typically occur during infancy or early childhood, whereas the symptoms of schizophrenia usually do not appear until early adulthood. The researchers asked whether it is possible to disentangle the apparent symptom overlap in ASD and schizophrenia through genetic analyses. As clinical diagnoses relate to the age of onset of a disorder and do not capture multiple developmental stages, the researchers used a trick. They assumed that there is a continuum between normal and abnormal behaviour and captured social communicative competence - the ability to socially engage with other people successfully - in participants of a population-based birth cohort during development. Specifically, the researchers studied the genetic overlap between the risk of having these psychiatric disorders and these measures of social communicative competence. Investigating thousands of genetic variants with small effects across the genome, they showed that genes influencing social communication problems during childhood overlap with genes conferring risk for autism, but that this relationship wanes during adolescence. In contrast, genes influencing risk for schizophrenia were most strongly interrelated with genes affecting social competence during later adolescence, in line with the natural history of the disorder. "The findings suggest that the risk of developing these contrasting psychiatric conditions is strongly related to distinct sets of genes, both of which influence social communication skills, but exert their maximum influence during different periods of development", explained Beate St Pourcain, senior investigator at the Max Planck Institute and lead author of the study. This is consistent with studies showing that genetic factors underlying social communication behaviour also change to some degree during childhood and adolescence. END_OF_DOCUMENT_TOKEN_TO_BE_REPLACED
Continue Reading
Author Interviews, Education, Pediatrics, Technology / 01.12.2016

MedicalResearch.com Interview with: Dr Katie (Katherine) Twomey ESRC Future Research Leaders Fellow, Lancaster University Senior Research Associate, ESRC International Centre for Language and Communicative Development (LuCiD)   MedicalResearch.com: What is the background for this study? What are the main findings? Response: Although we know that toddlers can quickly work out what new words mean, it's not yet clear exactly how they do it. For example, when they see a new object alongside their favorite toy truck and hear a new word "block", we know that they will link "block" to the new object. They could do this by thinking in detail about what they already know, for example "if my toy is called "truck", then "block" must be the name of the new object". Equally, however, they could quickly link the new word to the new object without thinking about it in-depth. We tested this second possibility using iCub, a humanoid robot which learns by making quick associations between what it sees and what it hears, without the ability to think in detail about what it already knows. We replicated two studies of toddlers' early word learning with iCub and found that even though it can only learn through making simple links between words and objects, it behaved exactly as children did in the original experiments. END_OF_DOCUMENT_TOKEN_TO_BE_REPLACED
Continue Reading
Author Interviews, Education, Pediatrics / 16.10.2015

How Do Young Children Choose What Words To Learn? 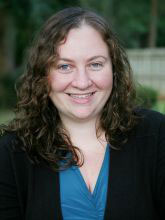 MedicalResearch.com Interview with: Arielle Borovsky, PhD Assistant Professor Department of Psychology Florida State University Tallahassee, FL 32306 Medical Research: What motivated this research? Dr. Borovsky: Early vocabulary learning sets the stage for many other language and academic skills. It is important to understand how this process proceeds normally so that we can identify children who may be in need of other clinical language interventions as early as possible. One of the emerging observations in early vocabulary acquisition research is that while the number of words that infants know is important, the structure of this knowledge also matters. That is, children do not learn words randomly, nor is their vocabulary a representative subset of adult vocabulary. Young children learn words that matter for communication in their daily activities, and these words tend to be related in meaning. It is highly possible that children are learning new language even when watching an Official Video on Youtube. Young children's early semantic structure in vocabulary knowledge suggests is that it may be easier for them to learn new words that have greater connections to their existing knowledge. However, although there had been some promising observational research on this topic, this idea had not yet been experimentally tested. So that is what we decided to do. Medical Research: What did you find? Dr. Borovsky: We found that children were be able to understand new words more effectively when those words had more connections to their exisiting vocabularies. We found this by asking parents of 32 two-year-old children to complete a detailed survey of the words their child says. We then taught these children the same six words and identified for each individual child the three words came from categories that they knew the most about, and the three that came from the child's least well-known categories. In this way, we could control for the child's overall vocabulary size, while selecting words that had relatively more or fewer connections to their own vocabulary. Afterwards, we used an eye-tracking task to test how children understood these high and low connection words. This allowed us to probe the child's knowledge without requiring them to talk or point, they simply had to do what they like to do naturally - watch a simple video on a computer screen with pictures that corresponded to the words they learned. We found that when the new items were named in this computer game, children looked more towards the words that had more connections rather than fewer connections. This suggested that they understood these high density words more easily than the more sparsely connected words. END_OF_DOCUMENT_TOKEN_TO_BE_REPLACED
Continue Reading
Author Interviews, Autism, Genetic Research / 30.10.2013

MedicalResearch.com Interview with: Linda Brzustowicz, M.D. Professor and Chair Department of Genetics Rutgers University,Piscataway, NJ 08854 MedicalResearch.com: What are the main findings of the study? Dr. Brzustowicz: The objective of this study was to search for locations in the human genome that impact language ability in individuals with autism as well as in their family members without autism.  To do this, we recruited families with an individual with autism and at least one other family member without autism but with a language learning impairment.  We identified two locations in the human genome that are linked to language ability in these families.  Importantly, these locations do not appear to be specific to language impairment in the individuals with autism, but are related to language ability in other family members as well.  This suggests that while individuals with autism may have new, or de novo, genetic variations that are important for risk of illness, they may also carry inherited genetic variation that influence the expression of their illness.  The effects of these inherited variants can also be seen in the language performance of family members without autism. END_OF_DOCUMENT_TOKEN_TO_BE_REPLACED
Continue Reading