MedicalResearch.com Interview with: Anjali Kaimal, MD, MAS, Maternal-Fetal Medicine Specialist Associate Professor in the Departments of Obstetrics Massachusetts General Hospital Miriam Kuppermann, PhD, MPH Professor Vice Chair Clinical and Translational Research Director Program for Clinical Perinatal UCSF MedicalResearch.com: What is the background for this study? What are the main findings? Response: Reducing the rate of cesarean delivery is an important public health goal.  Nearly one third (31.9%) of deliveries in the US are via cesarean, and dramatic increases in the cesarean rate since the 1990s have been associated with substantial increases in maternal morbidity.  One of the reasons for the increased rate of cesarean delivery is the decreasing rate at which women attempt to have a vaginal birth after cesarean (VBAC).  Although having a “trial of labor” (in the hopes of giving birth vaginally) after cesarean is safe, and many women say they would prefer a vaginal delivery, most women who have had a previous cesarean plan a scheduled repeat cesarean delivery.  While some hospitals do not offer trial of labor after cesarean, even at institutions where this is an option. VBAC rates remain low. We created a patient-facing “decision tool” that provides detailed information on both trial of labor and scheduled repeat cesarean, a personalized risk assessment of the likelihood that the a trial of labor would end in a VBAC, and a series of values clarification exercises, to help women think through their options and engaged in informed, shared decision making with their providers.  We then conducted a randomized study in three geographic areas (San Francisco, Boston, and Chicago) to determine whether use of the decision tool affected rates of trial of labor and vaginal birth after cesarean, as well as several aspects of decision quality (knowledge, shared decision making, decisional conflict, and decision satisfaction).   END_OF_DOCUMENT_TOKEN_TO_BE_REPLACED
Continue Reading
Author Interviews, Brigham & Women's - Harvard, Global Health, JAMA, Pediatrics, Vaccine Studies / 09.12.2019

Unvaccinated Kids at Risk of Measles During International Travel

MedicalResearch.com Interview with: Emily Parker Hyle, M.D. Assistant Professor of Medicine Massachusetts General Hospital MedicalResearch.com: What is the background for this study? Response: We found that many children who were planning to travel internationally were eligible for MMR vaccination prior to departure but often did not receive it - especially if they were aged 6 months to 6 years. That is because most children do not routinely receive their first dose of MMR till 12-15 months of age and their second dose of MMR till 4-6 years of age. However, ACIP recommendations are different for children who are traveling internationally. The risk of being infected with measles is much higher outside of the US, so it is recommended that children older than 1 year have had 2 MMR vaccinations and that children 6-12 months receive 1 MMR vaccination prior to travel. MMR vaccination is a safe and effective way to greatly reduce the risk of measles infection.  END_OF_DOCUMENT_TOKEN_TO_BE_REPLACED
Continue Reading
Author Interviews, Brigham & Women's - Harvard, Education, JAMA / 06.05.2019

What Makes Academic Physicians Satisfied With Their Job? 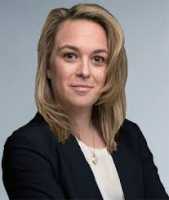 MedicalResearch.com Interview with: Arabella L. Simpkin,  MD, MMSc Associate Director, Center for Educational Innovation and Scholarship, MGH Associate Program Director, Education and Curriculum, Internal Medicine Residency, MGH Instructor in Medicine, Harvard Medical School Boston, MA 02114 MedicalResearch.com: What is the background for this study? Response: The academic health care environment has changed in unprecedented ways over several decades, with mounting evidence that faculty are becoming increasingly more unhappy, dissatisfied, and burnt out in their work. Concern for faculty wellbeing is high, with much speculation about causes of burnout. Comprehending what affects satisfaction at work in academic health care centers is critically important to stem this epidemic of discontent. For physicians, satisfaction has been reported to be associated with quality of care delivered, particularly as measured by patient satisfaction; faculty retention and job satisfaction are intricately linked, with dissatisfied physicians more likely to leave the profession and to discourage others from entering. Other industries that have suffered similar rises in employee discontent have found that demonstration of respect is the most important leadership behavior in improving employees satisfaction. To our knowledge this factor has not been looked at in healthcare professionals. To address this gap, we sought to determine key variables influencing satisfaction at work for faculty in a large academic medical center in the United States. END_OF_DOCUMENT_TOKEN_TO_BE_REPLACED
Continue Reading