No Premature Menopause Found in Adolescents Who Receive HPV Vaccine 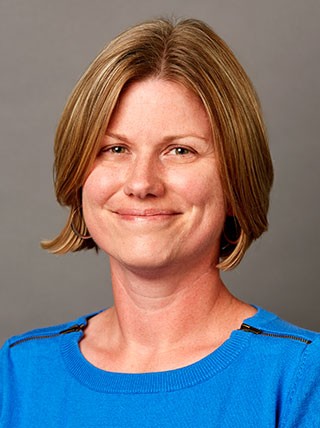 MedicalResearch.com Interview with: Allison L. Naleway, PhD Senior Investigator Associate Director, Science Programs Center for Health Research Kaiser Permanente MedicalResearch.com: What is the background for this study? Response: Reports of premature menopause after human papillomavirus (HPV) vaccination have received a lot of media attention, including on social media, but these reports were based on a small number of isolated cases. Large studies have demonstrated the safety of HPV vaccination, but parental safety concerns—including potential impact on future fertility—are often cited as one reason for lower HPV coverage. Rates of HPV vaccination have lagged behind coverage rates for other recommended adolescent vaccinations, such as tetanus-diphtheria-acellular pertussis and meningococcal conjugate. (Based on national coverage estimates from 2016, 65% of 13–17 year-old females received at least one HPV vaccination and only 49.5% were up to date with the series, compared to about 88% of adolescents who received Tdap.) We conducted a study of nearly 200,000 young women to determine whether there was any elevated risk of primary ovarian insufficiency (POI) after HPV or other recommended vaccinations.  END_OF_DOCUMENT_TOKEN_TO_BE_REPLACED
Continue Reading
Author Interviews, Endocrinology, OBGYNE / 17.06.2014

MedicalResearch.com Interview with: Sergio R. Ojeda, D.V.M. Division Head and Senior Scientist Division of Neuroscience Division of Neuroscience, OR National Primate Research Center/Oregon Health and Science University, Beaverton OR 97006 MedicalResearch: What are the main findings of the study? Dr. Ojeda: The study shows that a receptor for two growth factors (brain-derived neurotrophic factor [BDNF] and neurotrophin 4/5  [NT4/5]) that are known to be important for development of the nervous system is also essential for maintaining oocyte integrity and survival in the mammalian ovary. Intriguingly, the full-length form of this receptor (known as NTRK2-FL) is not expressed in oocytes until the time of the first ovulation. At this time,  the pre-ovulatory gonadotropin discharge stimulates granulosa cells of ovarian follicles to produce not only more BDNF, but also more of a peptide known as kisspeptin, to induce the formation of NTRK2-FL in oocytes. To date, kisspeptin was known to be  only critical for the hypothalamic control of reproduction. To induce NTRK2-FL, BDNF binds to truncated NTRK2 receptors (NTRK2-T1), which are abundant in oocytes throughout prepubertal development.  Kisspeptin, on the other hand, does so by activating its receptor KISS1R, also expressed in oocytes. Once present after the first ovulation, NTRK2-FL is able to activate a survival pathway in oocytes following gonadotropin stimulation, presumably at every cycle. In the absence of NTRK2-FL, oocytes die, follicular structure disintegrates and a condition of premature ovarian failure ensues. END_OF_DOCUMENT_TOKEN_TO_BE_REPLACED
Continue Reading
Author Interviews, Menopause, OBGYNE / 26.07.2013

Should the Ovaries be Removed at Time of Hysterectomy for Benign Disease?

MedicalResearch.com Interview with: Catherine A. Matthews, MD Associate Professor and Division Chief Urogynecology and Reconstructive Pelvic Surgery University of North Carolina, Chapel Hill MedicalResearch.com: What are the main findings of the study? Dr. Matthews: Women under 50 should try and preserve their ovaries at the time of hysterectomy for benign disease; however, women over 50 should consider elective ovarian removal as a way to reduce ovarian cancer. There is no adverse impact on cardiovascular, bone or sexual health in women over 50 who elect ovarian removal. END_OF_DOCUMENT_TOKEN_TO_BE_REPLACED
Continue Reading