MedicalResearch.com Interview with: Dr Kirsten Perrett MBBS FRACP PhD Team Leader / Clinician-Scientist Fellow, Population Allergy, Murdoch Children's Research Institute Consultant Paediatrician, Department of Allergy and Immunology and General Medicine The Royal Children's Hospital Fellow, School of Population and Global Health The University of Melbourne Parkville, Victoria  Australia MedicalResearch.com: What is the background for this study? Response: Before rotavirus vaccines were available, rotavirus infection was the most common cause of severe gastroenteritis in infants and young children. Because it is so contagious, infection in childhood is thought to be universal in unvaccinated children. Previous studies indicated that rotavirus infection of infants might be an environmental promoter of type 1 diabetes. Therefore, we anticipated that the introduction of the rotavirus vaccine might alter the disease incidence in young children.  END_OF_DOCUMENT_TOKEN_TO_BE_REPLACED
Continue Reading
Author Interviews, Baylor College of Medicine Houston, Infections, Microbiome, OBGYNE, Vaccine Studies / 30.11.2018 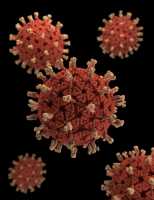 MedicalResearch.com Interview with: Sasirekha Ramani, PhD Assistant Professor Molecular Virology and Microbiology Baylor College of Medicine Houston, TX MedicalResearch.com: What is the background for this study? Response: This work pertains to Rotavirus, a leading cause of diarrhea and vomiting in children under the age of 5 years. In this paper, we described our work with a rotavirus strain that almost exclusively causes neonatal infections. For many years, we have been trying to understand why this strain primarily infects newborns and why infection in some babies is associated with gastrointestinal symptoms while others are asymptomatic. A few years ago, we showed that this particular virus binds to developmentally-regulated glycans (sugars) in the gut as receptors. As the baby grows, these sugars get modified, and that potentially explains why infection with this virus is primarily restricted to neonates. However, we didn’t really have to answer to why there are differences in association with clinical presentations. END_OF_DOCUMENT_TOKEN_TO_BE_REPLACED
Continue Reading
Author Interviews, Gastrointestinal Disease, Infections, JAMA, Pediatrics, Vaccine Studies / 07.09.2018

Vaccines Against Rotavirus Gastroenteritis Decreased Infections Even in Unvaccinated Kids 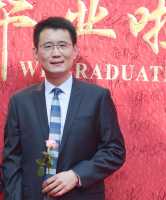 MedicalResearch.com Interview with: Chuanxi Fu, MD.PhD. Professor of Epidemiology, School of Public Health Zhejiang Chinese Medical University Associate editor, Human Vaccines & Immunotherapeutics  MedicalResearch.com: What is the background for this study? What are the main findings? Response: Since 2000, the Lanzhou lamb rotavirus vaccine has been exclusively licensed in China for voluntary rotavirus gastroenteritis prevention, however, the effects of the vaccination on population health, including any indirect impact to unvaccinated individuals have not been evaluated. In the study enrolled 33 407 patients with rotavirus gastroenteritis from 2007 to 2015 seasons in southern China shows vaccination effects in which the median age at onset increased by 4 months, and onset, peak, and cessation of incidence were delayed. The incidence rate ratio among children younger than 4 years and among children ineligible for vaccination decreased as citywide vaccination coverage increased, and the adjusted odds ratio for rotavirus gastroenteritis among unvaccinated infants decreased in areas with higher vaccination coverage.  END_OF_DOCUMENT_TOKEN_TO_BE_REPLACED
Continue Reading
Author Interviews, Infections, Pediatrics, Vaccine Studies / 23.02.2018

MedicalResearch.com Interview with: Professor Julie Bines Inaugural Victor and Loti Smorgon Professor of Paediatrics and Deputy Head of Department of Paediatrics University of Melbourne. Murdoch Childrens Research Institute  MedicalResearch.com: What is the background for this study? Would you briefly explain the significance of Rotavirus infections? Diarrhoea is one of the leading causes of child illness and death, and rotavirus is the most common cause of severe diarrhoea. Globally rotaviruses cause approximately 215,000 deaths in children under five years. This disease doesn’t discriminate – it infects children worldwide under the age of five – irrespective of what environment you live in. The rotavirus vaccines that are currently available work very well in places like Australia, the US and Europe but they don’t seem to work as well in low income settings in Africa and Asia where severe gastroenteritis is common and many children die. In a world-first clinical trial conducted in Indonesia, the oral RV3-BB vaccine was administered to babies within their first five days of life. Current rotavirus vaccines can only be administered to children older than six weeks, which leaves newborn babies particularly vulnerable to rotavirus infection. In lower resource settings, birth is often the best contact between mother, baby and health services. The oral RV3-BB vaccine was developed from the human neonatal rotavirus strain RV3 identified in the stool of healthy newborn babies. It does not naturally cause diarrhoea like other rotaviruses. The RV3-BB vaccine program aims to take advantage of the characteristics of this novel strain to target a birth dose vaccination strategy.  END_OF_DOCUMENT_TOKEN_TO_BE_REPLACED
Continue Reading
Author Interviews, Pediatrics, Pediatrics, Vaccine Studies / 29.09.2016

MedicalResearch.com Interview with: Harvey Kaufman MD Quest Diagnostics Madison, New Jersey MedicalResearch.com: What is the background for this study? What are the main findings? Response: Quest Diagnostics is the leading provider of diagnostic information services, meaning we provide information and insights from our laboratory test services. This includes analyzing results of our laboratory test data in order to provide insights into health, wellness and disease to help providers, patients and health plans make better healthcare decisions. A Quest Diagnostics Health Trends™ study published in the Pediatrics evaluated 276,949 de-identified test results from children ages infant through 9 years over an 11-year period to determine trends in laboratory rotavirus detection and the impact of the rotavirus vaccine on rotavirus detection. Vaccination is recommended for infants. In the study, two patients groups were evaluated for rotavirus vaccine – likely vaccinated (children who were infants after vaccine availability) and unlikely vaccinated (children who were infants prior to vaccine availability). END_OF_DOCUMENT_TOKEN_TO_BE_REPLACED
Continue Reading
Author Interviews, CDC, Gastrointestinal Disease, JAMA, Pediatrics, Vaccine Studies / 10.06.2015

MedicalResearch.com Interview with: Eyal Leshem, MD Division of Viral Diseases, US Centers for Disease Control and Prevention, Atlanta, Georgia Medical Research: What is the background for this study? What are the main findings? Response: Routine vaccination of US children to protect against rotavirus began in 2006. The purpose of this study was to examine the effect of implementation of rotavirus vaccine on gastroenteritis and rotavirus hospitalizations of children younger than 5 years old. The main finding from this study is that hospitalizations for diarrhea in U.S. children younger than 5 years old decreased dramatically during 2008 to 2012 following implementation of routine rotavirus vaccination in 2006. Additionally, seasonal peaks of hospitalizations for rotavirus illness were considerably reduced after the vaccine was implemented compared to years prior to rotavirus vaccination. By 2012, rates of rotavirus hospitalization declined by approximately 90% across all settings and age groups. Factors such as increasing vaccine coverage as well as herd immunity resulting in less transmission of rotavirus may be responsible for this large decrease. END_OF_DOCUMENT_TOKEN_TO_BE_REPLACED
Continue Reading
Author Interviews, CDC, Gastrointestinal Disease, Infections, Pediatrics, Vaccine Studies / 04.02.2015

Household Members Protected Against Some Rotavirus Infections When Infants Vaccinated

MedicalResearch.com Interview with: Margaret M. Cortese MD Division of Viral Diseases, National Center for Immunization and Respiratory Diseases, Centers for Disease Control and Prevention, Atlanta, Georgia Medical Research: What is the background for this study? What are the main findings? Dr. Cortese: The introduction of rotavirus vaccine in the United States resulted in a dramatic reduction in hospitalizations and emergency department care for rotavirus disease among young children, as well as provided indirect protection to unvaccinated peers. However, what our study looked at was whether or not older children and adults may experience indirect protection from having children in the house who are vaccinated for rotavirus. We used 2008-2012 Marketscan claims data to compare gastroenteritis rates among households whose child had received rotavirus vaccine with households whose child did not receive vaccine. We found statistically significantly lower rates of hospitalization from rotavirus gastroenteritis or unspecified-gastroenteritis in vaccinated households among all persons 20-29 years and females 20-29 years during the 2008-2009 rotavirus season as well as males 30-39 years in the 2009-2010 season. Lower emergency department gastroenteritis rates occurred in vaccinated households among females 20-29 years during the 2009-2010 season and individuals 5-19 years during the 2010-2011 season. END_OF_DOCUMENT_TOKEN_TO_BE_REPLACED
Continue Reading
Author Interviews, Gastrointestinal Disease, NEJM, Pediatrics, Vaccine Studies / 15.01.2014

MedicalResearch.com Interview with: W. Katherine Yih Ph.D., M.P.H Department of Population Medicine Harvard Medical School and Harvard Pilgrim Health Care Institute MedicalResearch.com:  What are the main findings of the study? Dr. Yih: The main findings are that vaccination with the first dose of RotaTeq is associated with a small increase in the risk of intussusception, which is concentrated in the first week after vaccination.  The estimated risk is about 1.5 excess cases per 100,000 first doses administered.  This risk is fairly small, amounting to roughly 1/10 of the risk seen after the original rotavirus vaccine (called Rotashield) that was used in 1998-1999, before it was withdrawn from the market. We also found evidence that Rotarix increases the risk of intussusception.  However, the number of infants receiving Rotarix and the number getting intussusception after Rotarix were too small to allow us to estimate the risk after Rotarix with any precision. END_OF_DOCUMENT_TOKEN_TO_BE_REPLACED
Continue Reading